Cocaine seized in the Port of Durres, the journalist makes the strong statement: The Eastern Terminal is not controlled, part of the quantity may have been taken from ... 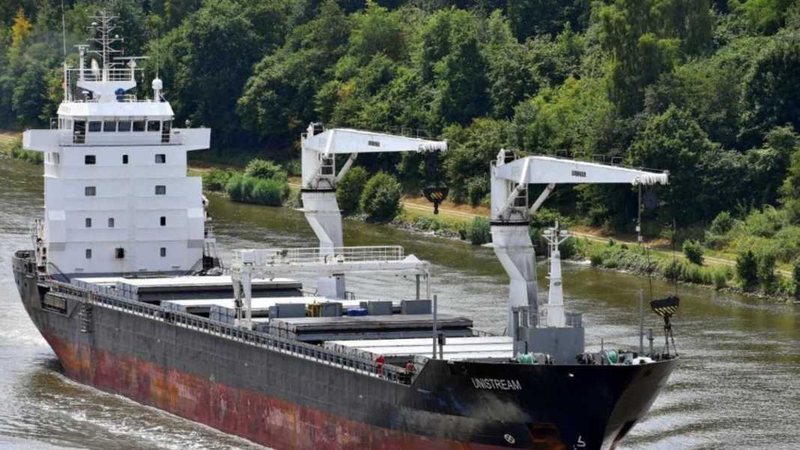 Journalist Jul Kasapi, spoke today about the seizure of over 50 kg of cocaine in the Port of Durres.

According to him, the Eastern terminal in the Port of Durres is not controlled, and this is the reason according to him that the drugs were transported in coal.

He said the area is controlled by a German company. The journalist also underlined that there are strong suspicions that the drugs were of a larger quantity and most likely according to him, a part of it was taken in the other ports he described.

"Here, where the drugs were found, is the Eastern terminal. There are no controls at all. It's not like the container terminal. In the eastern terminal, in this area, where bulk goods are processed, there are many materials which come to the Eastern terminal. In 2013 this terminal is controlled by a German company. There is a lot of pollution and although there are not many controls, we can not talk about detailed controls. Organized crime has succeeded. One of the bags is damaged and maybe some of the bags were taken before they arrived in Durrës.

The ship has described 11 other ports. I suspect criminal groups test this way. They managed to go to a terminal that has no control at all. One of the damaged bags indicates that Cocaine has been found. It may be the transport that has damaged it. One of the bags is damaged. Criminal groups have infiltrated where the cocaine consignment went. this part of the terminal has no security.

The Eastern Terminal is not controlled. There are no restrictions at all. The criminal groups apparently had this information and brought cocaine. Why the DEA controls anti-drugs from Greece gives information to the Albanian authorities. The Albanian authorities have never had accurate information. This is a barrier raised for many years. You should remember the case when the German authorities also investigated the Xibraka file. Since 2008, processed cocaine in wine bottles has arrived in Albania, and in Albania there were laboratory technicians who separated wine from cocaine. In Albania, the German authorities provided great assistance in the Xibraka file. "International authorities have set up a barrier to Albania", said the journalist.