"The former agent has met four times with Rama", the journalist sheds light on the "McGonical" case: The prime minister's office is involved... 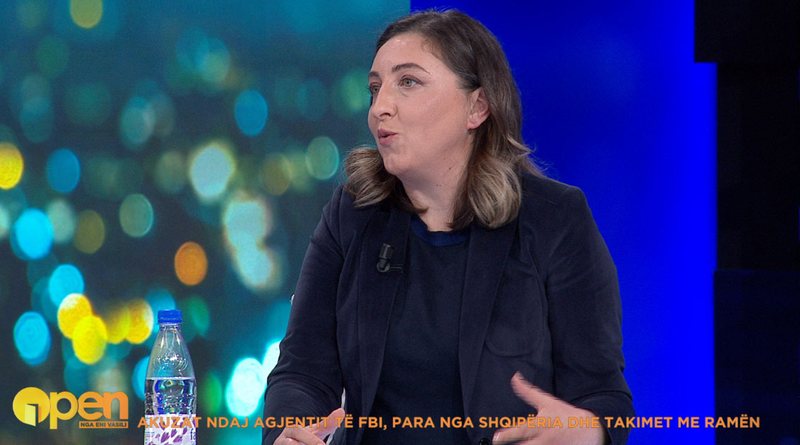 BIRN journalist Aleksandra Bogdani, invited to the studio of the show "Open" on News24, spoke about the accusation against former FBI agent Charles McGonical and his relationship with Prime Minister Rama. Bogdani said that there was a meeting between Agron Neza and McGonical in the USA, where the latter asked Neza for money, who assured him that they would be found slowly.

As for the relationship with Prime Minister Rama, Bogdani said that McGonical and he held 4 meetings together, 2 in Albania and 2 in the USA, one in New York and the other in Washington where they had dinner. She indicated that what implicates the prime minister's office in this case is that the data on the Muzin case was passed to McGonical from Rama's office, while in a second case, information was again sent from his office to the former FBI agent. when Rama's advisor was Dorian Ducka.

"McGonical had several obligations, to declare his wealth, other benefits beyond his work at the FBI, the charges against him are for not declaring trips to Albania and meetings with high Albanian officials and benefits such as the amount of 225 thousand dollars he received. The further narrative implicates our politics even worse. There was a contact between Agron Neza in the USA and McGonical, where the latter asked Neza for money. Neza told him that the money will be found slowly and this is where his trip to Albania comes into play. McGonical's goal was to meet with Rama and other officials. It is learned that he told him to be careful with some licenses for oil companies in the country at that time.

In Albania, he meets Ducka, Rama, and goes to America and receives 2 installments of money, one installment in the parking lot of a restaurant. McGonical makes a second trip to Austria and from there to Albania, a second meeting with Rama. The issue of DP lobbying started after his visit to Albania. If you follow the entire chronology of the event, the FBI opened an investigation into the lobbying issue. There were 4 meetings between Rama and McGonical, 2 in Albania and 2 in the USA, one in New York and one in Washington where they both had dinner.