The expert speaks: Why there are no Arbana Osmani and Edi Rama in Albania 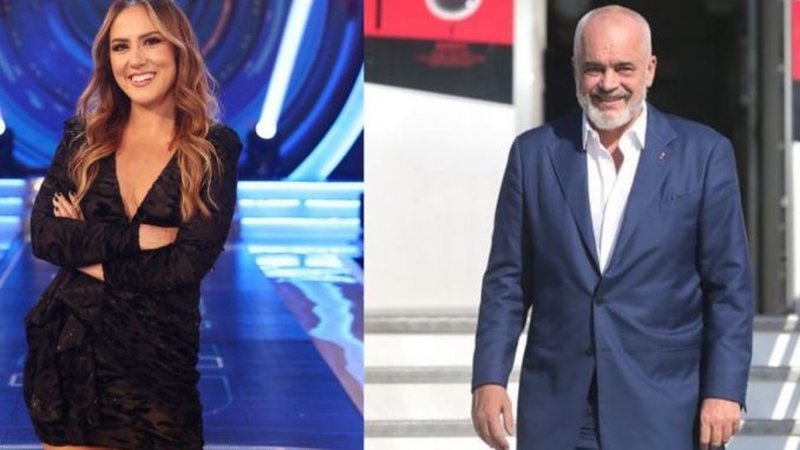 The prestigious social media analysis company Terra, has passed its showbiz in Albania by calculating the number of reactions, comments and 'shares' on Instagram for well-known media and art personalities.

Showbiz personalities, politicians or even municipalities and institutions of the country have been considered in terms of the impact they have on social media. According to these data, the most followed public figures are the Prime Minister Edi Rama and the moderator Arbana Osmani.

"These data are unchanged because they represent the past years. It is a sampling that can change, but the ranking does not change. We make measurements from time to time that we see audiences. "Here we have brought out the Albanian showbiz or the people who deal with the media part".

Regarding the fact that it is possible for these characters to be the most followed and that it is not necessarily related to the number of followers on Instagram, Gjeladini answered:

"This thing measures the reactions to the posts of the person in question according to certain dates and according to certain periods. This ranking shows us that the power of the media is very great. In the first period of the year there was someone else, who was Luana Vjollca as the first ranked. But the moment her Top Channel show was interrupted, she dropped out of the rankings.

This means that in Albania, television has an impact on increasing the online audience. To create a content, it means it is a beautiful photo, a beautiful video, a photo or video related to the actuality that people follow, the use of words, different hashtags, all these together are what create a content certain ”.

Regarding the VIP characters inside the house of "Big Brother" and their influence, it turns out that: "All of them have a significant increase, but have not risked Arbana Osmani at any moment. We exclude measurements that are not natural increases. "If you are not in the race for 4 or 5 months, but you have a rapid growth, there is something wrong."

On the other hand, regarding Edi Rama, Gjeladini explains: “Prime Minister Edi Rama has his own part of PR, he knows how to create content, he knows how to create the part of communication with people, he uses social media perfectly, he uses it fixed as a fun tool. "It differs from other politicians in the region, where they are followed, such as Albin Kurti, but it is not very attractive."

The bitter cold has 'stuck' our country, learn how the weather is forecast to be today and throughout this week