NAMES/ Ready for assassination? Police flash action, caught the group with pistols and Kalashnikovs, that's where they had hidden the weapons 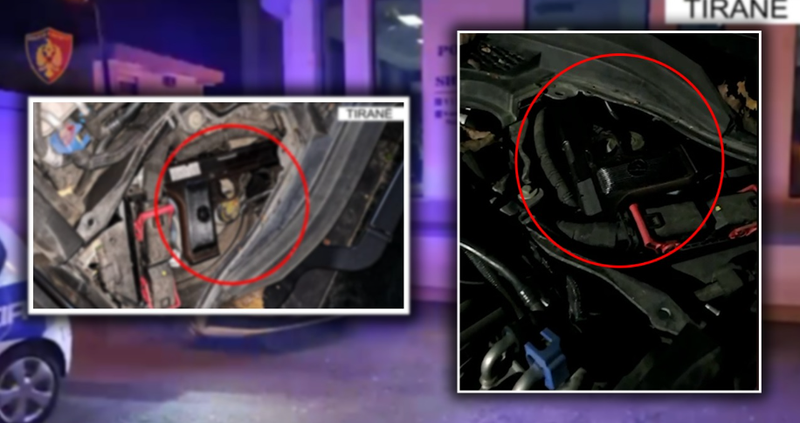 The Tirana police arrested four people yesterday evening after 4 firearms of different types were seized from them. The Blues inform that during a check, 2 pistols were found, hidden in the engine part of the car, as well as two Kalashnikovs.

It is learned that the persons in question have a criminal record and were under the supervision of the police, which intervened by neutralizing any criminal event where the weapons in question would be used.

Klajdi Vrioni (Kodra), 32 years old, previously convicted for possession of a weapon without a permit and for serious injury;

Redion Meshi, 22, was driving the vehicle where the weapons were found. The vehicle was owned by the citizen Klajdi Vrioni (Kodra)

Services of Police Station No. 4, Tirana, following the controls for the capture of citizens who circulate with firearms, supported by information intelligence, in cooperation with the Special Force "Shqiponja" of DVP Tirana, organized and finalized the coded police operation "Square".

The Police Services stopped the "Range Rover" type vehicle in which these 4 citizens were driving at the entrance to the village of Tujan, on the Arbër road. As a result of the detailed search, 2 pistol firearms, with ammunition combs, were found hidden under the hood of the vehicle.

Following the "Square" operation, control was also exercised in the residences of these citizens and as a result, in the residence of the arrested RM citizen, the Police services found and seized 2 Kalashnikov firearms and a quantity of combat ammunition.