Waves of violations with the reconstruction, 11 buildings were demolished in violation of the law in Durrës, KLSH reveals abuses 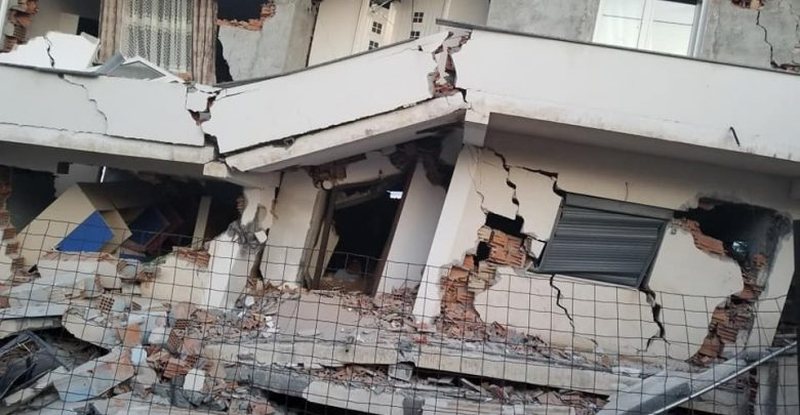 The Supreme State Audit has found violations related to the reconstruction process in Durrës. In a report, KLSH informs that after analyzing the overall progress of the process, where there was a major shortcoming in the documentation in the responsible ministry, a number of problems were found by the evaluation institutions. According to the Supreme State Audit, in Durrës were demolished 11 buildings that were damaged by the earthquake without respecting the strict procedures and rules, and that the demolition was unfounded and were carried out in violation of the legal framework. The Supreme State Audit estimates that the area where the facility was built has archaeological significance and no preliminary assessment has been made. "In conclusion, under the independent judgment of the audit team, we consider that,

Meanwhile, the report underlines that the initiation by the Municipality of Durrës of the request for drafting expertise is unfounded in any request for in-depth reassessment, dictated by the preliminary findings and moreover that the Construction Institute itself, which has drafted and adopted these acts at the same time has made their opposition, contrary to law. In the report, the Supreme State Audit informs that even regarding the assessments made by the institutions for the repairs, no details are given, as well as their financial value. The report also states that the fact that the financial value of the cost of repair and reconstruction has not been disclosed makes the decision-making unfounded in law. "For conducting in-depth expertise in damaged buildings, we consider that the procedures followed carry the risk that the (in-depth) acts of expertise do not express the situation accurately and correctly. Estimates of repairs made by the institutions did not provide details on the measures or interventions to be made nor the financial values ??thus carrying the risk. The lack of financial value (ie the cost of repair and the cost of reconstruction) has made the decision to reconstruct or reconstruct these facilities, is unfounded, carrying the risk of being wrong at the same time ", underlines the report of the Supreme Audit Office. State. Meanwhile, in the report, the Supreme State Audit also mentions the reconstruction of the new gym in the 9-year school "14 Nëntori". Reconstruction and side additions and the new gym in the 9-year school "14 Nëntori",