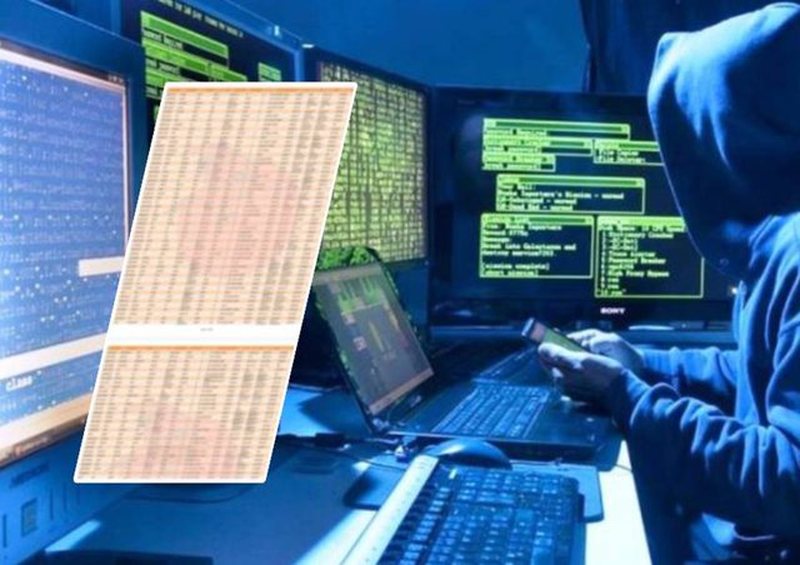 Iranian hackers have struck again. This Monday they have published the data of Albanians' patents. After extracting the data of the TIMS system, mobile phone numbers, car license plates and ID data, the hackers also obtained the driver's license data for every Albanian. "Is the safety of terrorists more important to you than the safety of Albanian "inventors"? You are not willing to pay the price of safety and the safety of your people. So how do you spend government coffers on protecting and promoting terrorists? Does this mean anything other than government corruption?", wrote the Iranian hackers. The material is over 1000 pages and there are all the data: identification number; name; last name; paternity; birthday; birthplace; blood type and everything else. So it seems that the scandals have no end. Although the government claimed that they have not received data, it seems that everything is now on the web. Recently, WhatsApp chats have even appeared on the market. It is worth noting that, since 2021, Albania has fallen prey to cyber attacks. A cyber attack took place on July 15 of this year that blocked all official state websites and the e-Albania online service platform. Meanwhile, on September 14, the TIMS system was attacked at all border points of the country. Albania has blamed Iran for these attacks and has severed diplomatic relations with this country. The failure of the TIMS system put central servers out of order for two days, causing chaos at border crossing points. However, even more shocking was the fact that after the robbery of confidential data, they continued with their publication, not even sparing high officials. The first was Gladis Nano and then the head of the government Edi Rama. The former police chief was first released his data and then his personal e-mails. Meanwhile, Rama got details on all the entries and exits to the country from 2004 until today. According to the database, Rama has left the country 421 times, mostly from Rinas airport. While 275 of these flights were performed by Charter, 134 departures and 141 arrivals.