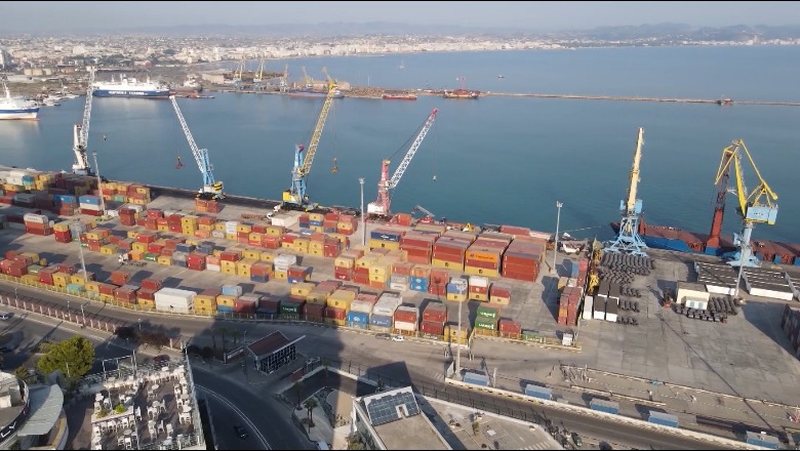 Trade exchanges with Germany, and especially exports, have marked a significant increase during the ten months, accounting for 6.5% of the total foreign trade exchanges. From the official data of INSTAT, it results that exports to Germany increased by 74.4% compared to the same period of 2021. In value, they reached 28.4 billion ALL, from 16.2 billion ALL that were calculated in the 10th month of 2021. But while exports with Germany increased, with Kosovo they decreased significantly, at the level of 40%. According to INSTAT, in the period January-October 2022, 577 thousand tons of goods were exported to Kosovo from 964 thousand in the same period of 2020. Consequently, exports Kosovo accounted for 18% of the total Albanian exports in 10 months, from 28% a year ago. The reason for this decline is mainly iron and oil. The opening of exclusive services for Kosovo in the Port of Durrës has led to the direct supply of oil, cement and iron to Kosovar companies. Previously, these supplies were carried out by Albanian iron and cement companies. Meanwhile, during the month of October, exports have increased their volume to the value of 12.5%, where the countries of the European Union occupy the main part of trade exchanges. In the INSTAT report, it is stated that in October 2022 exports reached the value of 38 billion ALL, 12.5% ??more compared to October 2021. Imports also experienced an increase, reaching the value of 83 billion ALL, 8.6% more than a year ago. According to INSTAT, our country has the largest trade exchanges with the European Union, which make up about 60.2% of foreign trade, where Italy occupies the first place with 55% of exports and 38% of imports. In total, in the January-October period of this year, the country's commercial exchanges reached the value of ALL 77.2 billion. In the growth of exports, the biggest contributors were the "textiles and shoes" group, followed by the "construction materials and metals" group. Even when it comes to imports, in the last ten months, the EU market is again in first place. Imports from Germany increased compared to the same period of 2021, reaching 48.6 billion ALL, from 45.4 billion ALL in 2021.