BoA optimistic about the future of the economy: We expect an increase in the financial level, unemployment remains a problem 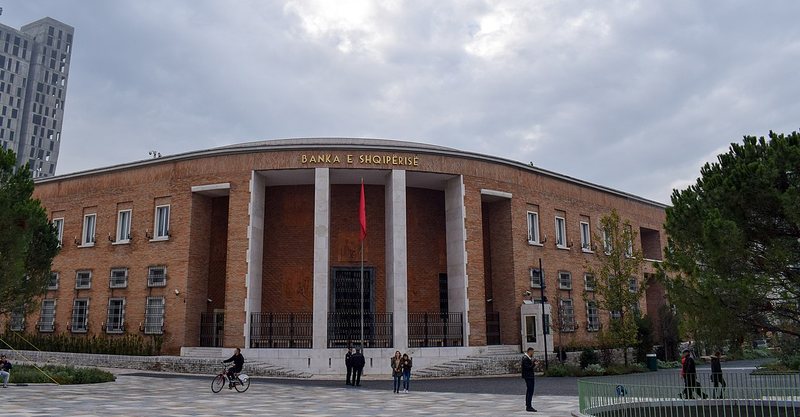 The Bank of Albania has expressed optimism for the future of the economy. Yesterday, Governor Gent Sejko was present at the Economy Committee where he reported the data for the year left behind and the financial level expectations for 2021. According to Sejko, the worst part of the economic crisis brought by the pandemic has passed and recovery is now expected. within 2021. He noted that the data of the last months of 2020 and those of the first months of 2021 are quite positive and show that the economy is giving the first signals of recovery. Sejko noted that at the moment economic development is conditioned only by uncertainty from the pandemic, but in recent weeks it has begun to soften and thus pave the way for recovery for any important sector. "The economy is on the road to recovery, without the need to further increase monetary stimulus. The latest data are encouraging that the economy will return to growth rates within this year. The premises for economic recovery are positive, but uncertainties for the future remain high. Future economic developments remain conditioned by the epidemiological situation, but with its completion and the reduction of uncertainties, economic activity is expected to increase, supported by a significant monetary and fiscal stimulus, as well as the recovery of activity world economy ", he said. Sejko stressed that the rapid pace of mass vaccination is reducing restrictive measures and this is quite mitigating for the country's economy and we will see that within 6 months we will have an increase in the financial level. "An element that adds optimism in this regard is the start of the vaccination process. The relaxation of restrictions paved the way for a gradual recovery of economic activity and the labor market. "The average inflation for 2020 resulted in the level of 1.6%", said the governor.

Among other things, Sejko assessed that high unemployment continues to be a very worrying fact. According to the latest data from the BoA, unemployment in the country continues to be higher than pre-crisis levels. The Governor showed that, in the last quarter of 2020, unemployment reached the level of 11.9%, the highest level recorded compared to recent years. According to him, despite the fact that in the third quarter there was a return of citizens to jobs, employment in the country still remains very low, even more shrinking than the level of 2019. "Employment shrinkage was accompanied by an increase in unemployment. , from 11.2% in the fourth quarter of 2019, to 11.4% and 11.9% in the first two quarters of 2020. In the third quarter, the unemployment rate dropped to 11.6%, but remained higher than the level recorded before pandemic. "The increase in the unemployment rate has been restrained for several reasons: first, the decline in employment was mostly channeled into an increase in inactive persons, which has led to a decline in labor force participation," Sejko reported. The governor clarified that, this high contraction of employment came because all sectors in the country suffered shocks at the same time. While, he stressed that unemployment increased significantly as the two sectors that contribute most to this element, that of services and that of trade, continue to be damaged. "The economic downturn reflected the simultaneous contraction of almost all components of aggregate demand and all sectors of the economy. The crisis particularly hit trade flows and the services sector, as the activities most exposed to the restrictions imposed. On the other hand, The increase in fiscal stimulus partially offset the decline in consumption and private investment. "The economic downturn shrunk fiscal revenues, which, combined with increased spending, led to a rapid increase in the fiscal deficit and public debt," he said.

The scandals of Thoma Gëllçi at the head of RTSH, numerous violations with the declaration of tender contracts, here are the findings of KLSH

Report of the Ministry of Finance, during 5 months more expenses than planned, income and employment improve

Procedures for compensation of former owners are simplified, ATP removes the obligation for accompanying maps, about 8 thousand families benefit

The new list is whitewashed, here are the families that receive legalization permits, the names according to the cities

World Bank lowers forecast for economic growth, tourism is not expected to give the expected effects, problems with vaccination are also predicted

AFSA launches investigations against Bureau and insurance companies, all under monitoring for accident compensation

The list is whitewashed, here are 135 oil workers, miners and metallurgists who will benefit from the pension increase, ISSH publishes the names in each city

Thoma Gëllçi's ART "swim" in money and again complained, the institution immersed in credit, but did not stop the dizzying travel expenses