The purchase of energy devalues ??the lek, the euro undergoes a sudden change 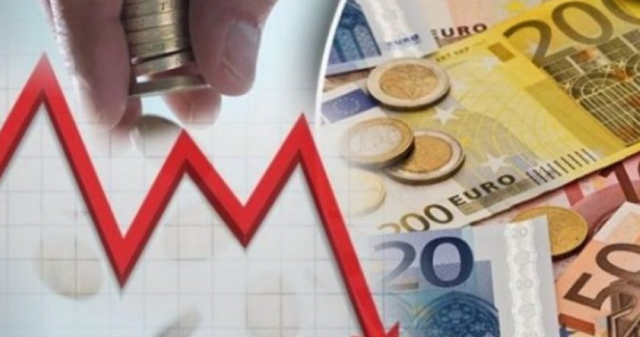 The euro has strengthened significantly today in the domestic foreign exchange market, reflecting the high demand for foreign currency for energy purchases.

According to the official exchange rate of the Bank of Albania, one euro was exchanged today at 122.3 lek, increasing by 0.22 lek compared to the previous day. The dollar was also increasing, exchanging it at 105.5 lek, or 0.4 lek more than the day before.

The common currency has reached the domestic market at its highest level since July this year.

Market participants claim that the growth of the euro has been influenced by the high demand of banks to buy foreign currency. Credins, BKT, Tirana were especially active today, influencing the significant strengthening of the euro. "Demand is related exclusively to energy," say market experts.

Since October 12, the euro has appreciated by one lek in the domestic market, marking the largest daily increases during this year (respectively +0.32, +.013 and +0.22 lek in the last three days).

The Free Market Supplier (part of OSHEE Group) has been forced this year to buy electricity at record prices from the free market due to the problematic hydric situation but also the general energy crisis in global markets that have led stock exchanges to unprecedented levels. before.

In October alone, FTL spent about 65 million euros to provide the energy consumed in the country at prices that in some cases even exceeded 300 euros MWh. The government facilitated the purchase of energy by providing a fund of 100 million euros for OSHEE, acting as a guarantor for the latter in the conditions when the supply emergency was announced, which lasts until April 15, 2022.