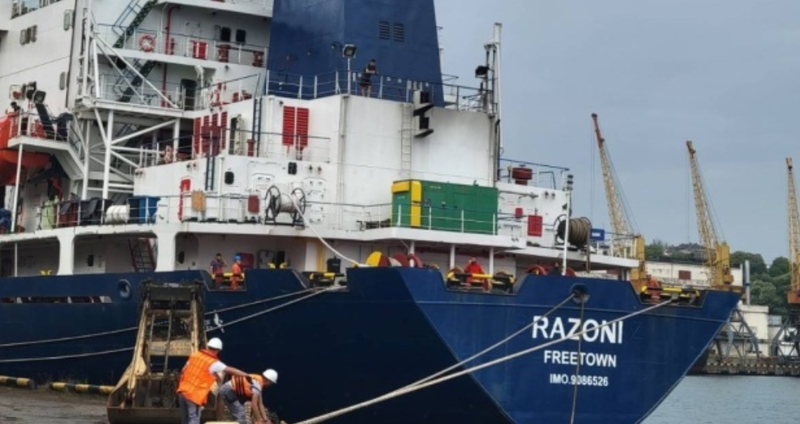 The Ukrainian embassy in Beirut has announced that the first grain ship that left Ukraine under a war agreement has been resold several times and now there is no information on the whereabouts and destination of the cargo.

It was originally bound for Lebanon with 26,000 metric tons of maize, but the buyer refused to accept the cargo after it was delivered much later than agreed.

"We have no information about the position of the ship and the destination of the cargo," the Ukrainian embassy said in a statement. "We also have information that the cargo was resold several times after that."

The possible scenario of the war in Ukraine: "Knockout" for Putin, Russia is reconstituted, here is the immediate action by NATO and China

Can a bomb go off? The Times' dire warning: Vladimir Putin is preparing to test nuclear weapons on the border with Ukraine