Vuçiç "face to face" meeting with Putin: Meeting of extraordinary importance for our country 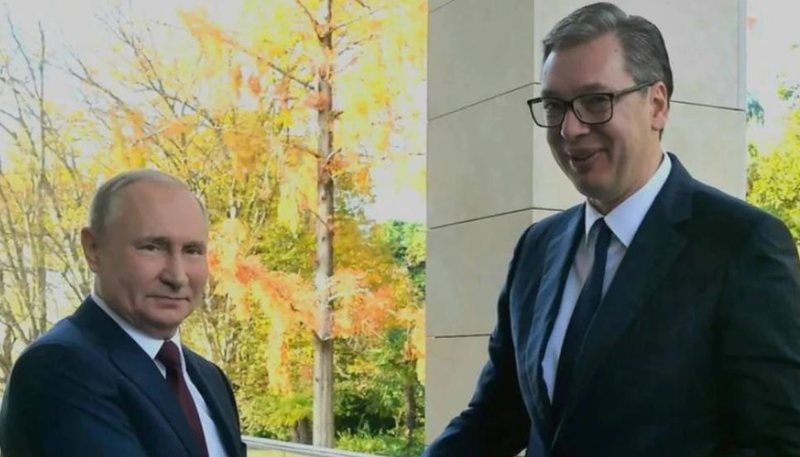 "Every meeting with the President of the Russian Federation, Vladimir Putin, is extremely important for our country," the Serbian president wrote on his Instagram account, along with a video in which he was seen greeting Putin.

Vucic is in Russia for a one-day visit (November 25) and, as announced, the meeting with Putin is being held in private.

On the eve of the meeting, Serbian President Vucic said he would discuss with the Russian president key political issues, trade co-operation, and the price of gas.

Vucic has said he will beg President Putin and fight for a more reasonable price for gas, which in Serbia is currently paid $ 270 per 1,000 cubic meters.

"I have great fear, but also great responsibility from the conversation with Putin, I do not know if there will be understanding and will approve a more reasonable gas price," Vucic said on November 24 while addressing reporters.

Serbia as a whole depends on Russian gas. The agreement with the Russian distributor "Gazprom" will expire at the end of 2021, while the negotiations for a new agreement are ongoing, and the Serbian president had already stated on October 15 for the Serbian public broadcaster that the Russian side proposed a price three times more expensive compared to with the current one.

Prior to his trip to Russia, Vucic said that 'meeting with Putin is very important for Serbia'.

He added that he will also discuss global topics.

"It is absolutely certain that I will be able to hear from Putin how he sees the situation in Europe and Asia, but also in the world, and how we as a small country must find the best position and defend our interests. ", Added Vucic.

The meeting between Vucic and Putin on November 25 is the 19th in a row.

Vuiqiiq last met with Putin in June 2020, when he took part in a military parade in Moscow marking the 75th anniversary of the victory over fascism in World War II.