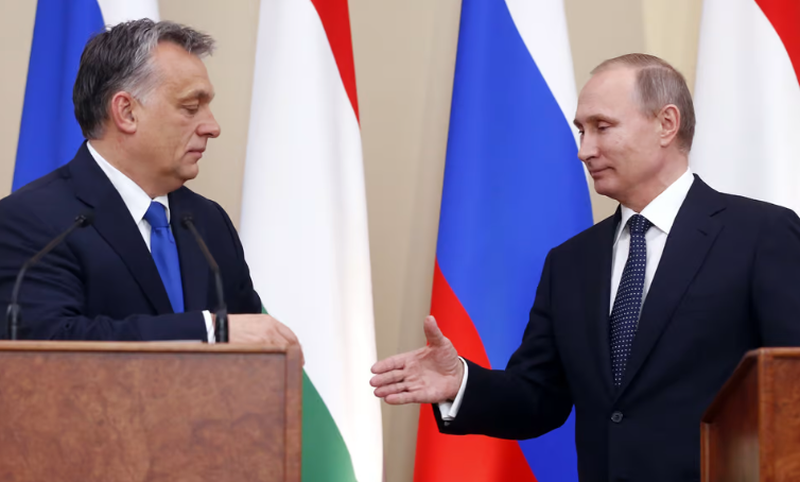 The European Commission has decided to block Hungary's large fund that brings it out of the crisis. A final decision is expected next month. Viktor Orbán's government came under the scrutiny of the European Commission due to persistent violations of European standards regarding the rule of law, corruption and media freedom. Because of this, the EC stopped the payment of funds from the Recovery Fund, a total of 5.8 billion euros, and from cohesion funds. This is a severe blow to the Hungarian treasury, because Orban was counting on these funds, which guarantee him at least 1% GDP growth. Also, a year ago, due to the elections, he borrowed about 5 billion dollars in the world financial markets and hoped to compensate this money with funds from EU funds.

The reaction of Brussels

Sam Fleming, Financial Times correspondent from Brussels, announces that the EC is close to approving part of the funds from the Fund for recovery after the pandemic. Mainly because they would not be able to be used if there was no approval by the end of the year. But, as Politico.eu writes, even this is not certain because Hungary must accept new measures to protect the rule of law. Simply, the Commission does not trust Orban. Fleming himself states that part of the funds from the cohesion funds remain frozen because the EC assessed that Hungary failed to fully fulfill the promised reforms aimed at protecting EU money from corruption. This money is almost essential for maintaining the growth of the Hungarian economy. Hungary's budget for this year was about 60 billion euros,

This decision is a clear message to Prime Minister Orbán. First, that he does not oppose any policy directed against Russia at the EU level, because it may happen that the funds from the Recovery Program are also raised. Secondly, to ratify the entry of Finland and Sweden into NATO as soon as possible, because the government in Budapest is obviously delaying the process to condition the EU's decision with it (only Hungary and Turkey did not ratify the entry of the two new Scandinavian countries. members). Third, Hungary is told to drop its opposition to the global minimum corporate tax rate of 15 percent, agreed by the US, the EU and other members of the alliance of democracies, and accepted by most countries. Budapest will also have to think carefully about the 18 billion euro aid package for Ukraine that it has blocked. Politico writes that Hungary has asked for help from the car companies operating in that country, but they have not succeeded either. The bureaucrats were stronger. Moreover, a large number of countries that were on the map of 'Greater Hungary', with which Orbán appeared recently, reacted strongly to the prime minister's unpopularity, as a result of which he lost the support of some countries that were inclined towards him. . Politico tells Orbán to wear a new scarf because he's now alone outside in the cold. "Hungary has said it opposes capping Russian oil prices, but four diplomats dismissed the blockade as the usual attitude of Putin's friend Orban, which in itself speaks volumes about how low the country's reputation has fallen in Brussels," writes Politico. In conclusion, it's not really a draw. After the Commission formally accepts the decision next week, the final verdict will rest with the EU Council, which is made up of the heads of state and government of the member states who decide by a qualified majority, 55% of the countries making up 65%. of the EU population. Hungary is powerless here, if Poland and Italy of the new Prime Minister Giorgia Meloni came to their aid, it would not be enough to overturn the Commission's decision.

The secret services reveal the terrifying plan that Vladimir Putin is preparing to "seize" the Mediterranean, the "American beast" in readiness