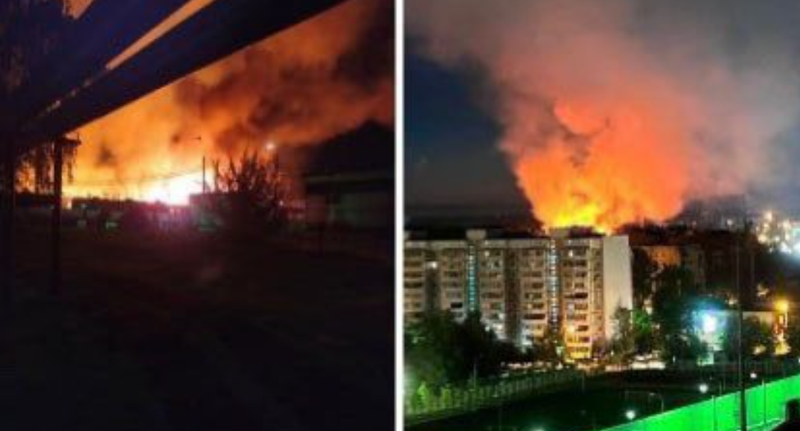 The central office of the Ministry of Emergencies of the Moscow region has announced that a fire has broken out in a military unit in Dolgoprudny, near Moscow.

"At the time of the arrival of the first group of firefighters and rescuers, thick smoke was coming from the roof of a building," the ministry's statement said. There are no reports of injuries, the fire has been extinguished, the ministry said. The fire has spread over an area of ??1200 square meters.

A wooden shack containing conscripts caught fire at night on the territory of a military unit in Dolgoprudny, #Moscow region. pic.twitter.com/8q1aiTGe58

The Baza Telegram channel wrote that a wooden building, which served as a barracks, caught fire. According to the channel in question, there were materials and staff in the building and according to the first information, everyone was evacuated.

As the Kommersant newspaper points out based on the satellite photo, there is military equipment in the premises in front of house number 33 on Vastochnaya Street in Dolgoprudny, where military unit number 52116 is located.

Since the beginning of the war there have been dozens of reports of arson of recruitment offices in various Russian cities.