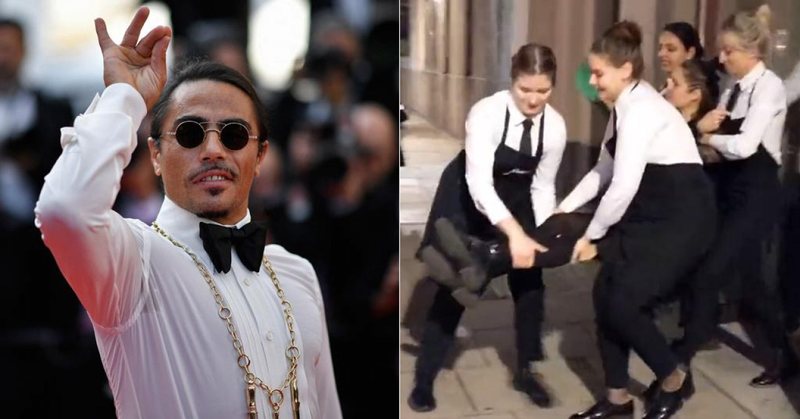 Eight members of the animal rights group Animal Rebellion walked into the upmarket Nusr-Et restaurant in central London on Saturday at around 6pm, sat down at pre-booked tables and called for a switch to a food system with plant basis, writes The Telegraph.

"Restaurants like this are indicative of a broken system. While two million people in the UK rely on food donations, influential chefs are selling gold-plated steaks for more than £1,000. Steaks and other red meats have the biggest impact on the environment," said the 20-year-old. student Ben Thomas.

A few weeks ago, activists staged a similar diversion at celebrity chef Gordon Ramsay's respected restaurant in the famous London neighborhood of Chelsea.

??BREAKING! Supporters of Animal Rebellion have staged a sit-in at @nusr_et 's luxury restaurant in London.