VIDEO / The Prime Minister demands absolute power for the blockades by Covid / Thousands of people, from children to the elderly fill the square in protest: To 'kill' this ... 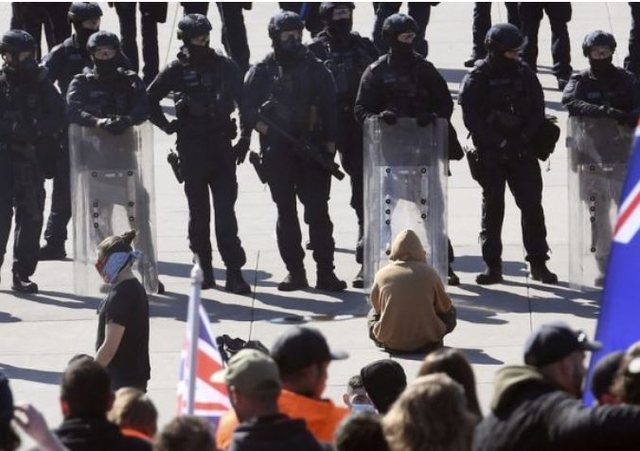 Thousands of Australians took to the streets of Melbourne to protest the vaccine certificate, and a bill aimed at giving Victoria Prime Minister Daniel Andrea more power to declare a pandemic and impose blockades.

The large group of protesters, which included children and the elderly, held Australian flags in their hands, and called for the removal of the prime minister. Opposition politicians were among the protesters, with Craig Kelly, a United Australia Party MP, calling for the proposed bill to be "killed".

Saturday's protest was the latest in a string of demonstrations in Melbourne since the start of the Covid-19 pandemic.

The controversial bill is expected to pass for a vote next week, and aims to replace current state of emergency laws. This allows the prime minister to make decisions about restraint or blockade, without having to get an approval from the health minister, who until now was the one who had the final say.

The bill has received heavy criticism, even from the Victoria Bar Association, which they say gives the prime minister unlimited power to govern without oversight.

Demonstrators on Saturday also protested against a mandatory vaccination, which went into effect this week and requires state construction workers to be fully vaccinated against Covid-19 to work.

Melbourne has experienced some of the longest and most severe blockages of Covid-19 in the world. Last month, as the city's sixth closure ended, the total number of Melbourne isolation days since the pandemic began reached 262.

Trams all stopped now and the whole area is filling out. I understand there's another group gathering at Parliament already too. @theage pic.twitter.com/Z3qDLml1Cv