Strong protests against measures for COVID-19 continue in European countries 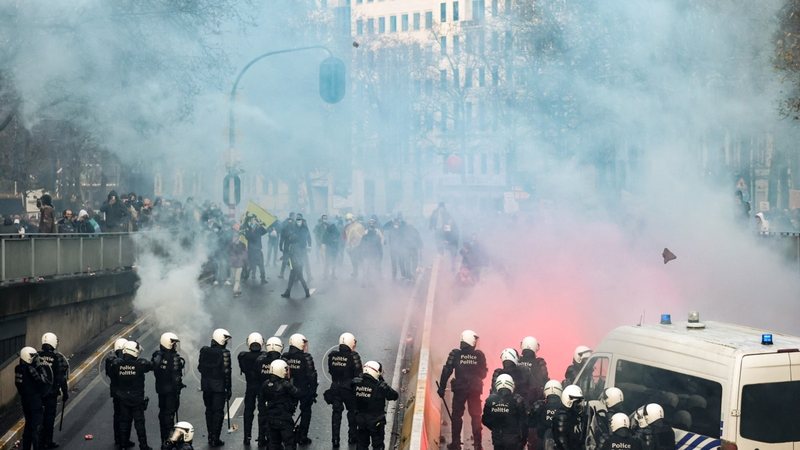 Protests in European countries against austerity measures to curb the coronavirus continued overnight and on Sunday.

Five police officers were injured in the Netherlands and at least 40 people were arrested in three provinces as violent protests against the restrictions continued for the second night in a row.

Dutch authorities used water pumps, dogs and police forces to curb youths who set fire to buildings and threw fireworks in the worst riots since a complete blockade sparked protests in January where more than 500 people were arrested.

In Brussels thousands of people gathered today in the city center to protest against the strengthening of measures aimed at curbing the spread of COVID-19. Many of them also protested against persistent instructions to be vaccinated and every possible step towards compulsory vaccination. to impose mandatory injections.

Austrians, meanwhile, are enjoying the final day in bars and Christmas markets ahead of blockades starting Monday to curb a fourth wave of the coronavirus. Over the past few days, there have been marches in many European countries as governments of these countries impose austerity measures.