"Ring of fire" / The big plume of smoke rises 15 thousand meters in the sky, the balance of victims increases, the number of dead goes to 15, 27 people still missing 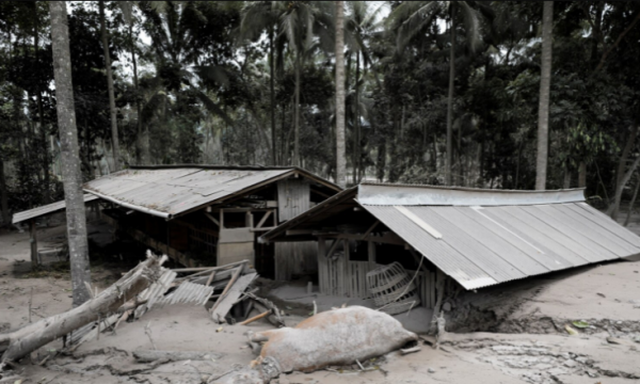 The death toll from the eruption of Semeru volcano in Java, Indonesia has risen to 15. Authorities say another 27 people remain missing.

Rescue crews resumed work on December 6, a few days after stopping work due to bad weather conditions. After the weather improved, crews managed to exhume the body of a 13-year-old boy. According to officials, at least 56 people have been hospitalized, most of them with burns. A huge pile of volcanic ash rose 15,000 meters into the sky of the island of Java after the Semeru volcano erupted on December 4th. This is the largest volcano in Indonesia.

As a result of the volcano eruption, almost 3,000 houses were damaged in the surrounding villages and there was also damage to schools, roads and bridges. Semeru is one of over 120 active volcanoes in Indonesia, the archipelago found in what is known as the "Ring of Fire" in the Pacific Ocean. The last time Semeru had exploded was in January, but no casualties were reported.