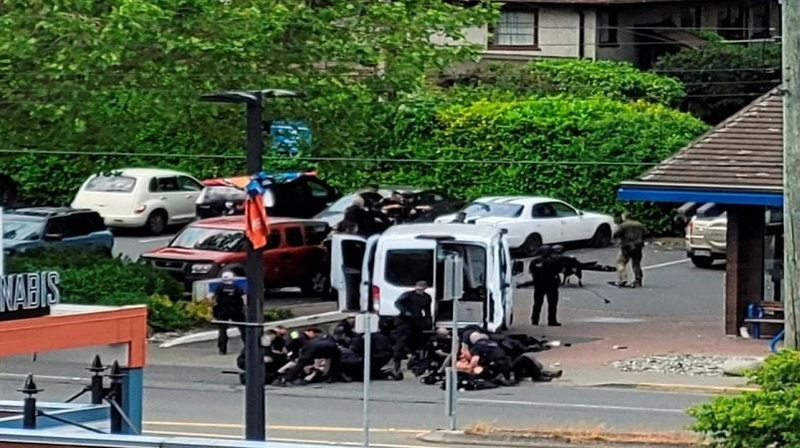 A serious incident has occurred in Canada, which has been hit by a dangerous attack on a bank, where during the gunfight two perpetrators were killed and six officers were injured.

It was Canadian police who shot dead the two perpetrators at a bank in British Columbia and then evacuated nearby residents due to the danger of an explosion.

"Homes and businesses near the scene have been evacuated due to the presence of a possible explosive device in the suspects' vehicle," police said.

After the event the whole lady was isolated, to eliminate the severe consequences that would come due to a possible explosion.

According to Reuters, police saw two gunmen entering the bank and then started shooting.

"From what I know about that chaotic, tragic, dynamic, violent scene, the fact that no citizen was hurt in any way is truly amazing," Duthie said.

Prime Minister Justin Trudeau said on Twitter that he was "shocked and saddened" by the situation.