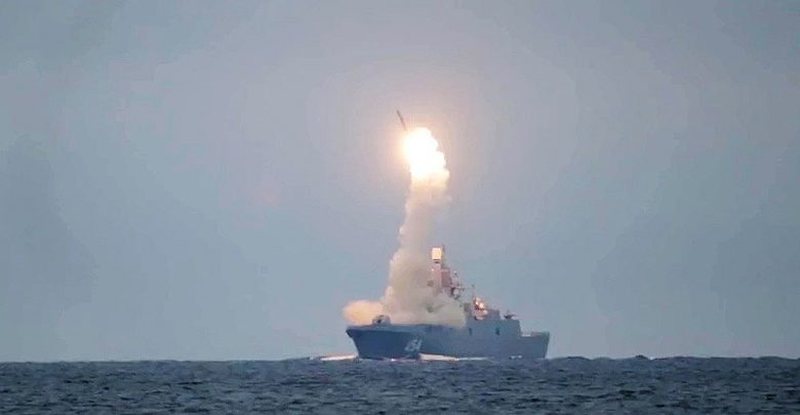 Speaking to the assembled experts, Putin called the development of high-speed missiles a "necessary" response to "Western action."

"We have already successfully completed the tests and from the beginning of the year we will have a 9 Mach sea-based hypersonic missile in service," Putin said.

Although he did not mention the name of the weapon, the President most likely spoke of the Zircon, the world's first hypersonic cruise missile capable of continuous aerodynamic flight, while maneuvering into the atmosphere using the propulsion of its own engine. Earlier this month, Putin revealed that, after successful testing, the missiles would be supplied to the Navy by 2022.

"Now, it is particularly important to develop and implement the technologies needed to create new systems of hypersonic weapons, high-power lasers and robotic systems that will be able to effectively counter potential military threats that will means that they will further strengthen the security of our country. ", He said in a televised statement.

This year the Zircon missile has been tested several times and fired from frigates and submarines. It was created to help Russia gain supremacy at sea and could strike enemy surface ships, such as frigates and aircraft carriers, as well as ground targets located within its radius.

Its high speed makes it difficult to stop it from any anti-aircraft system and has a declared distance of one thousand kilometers.