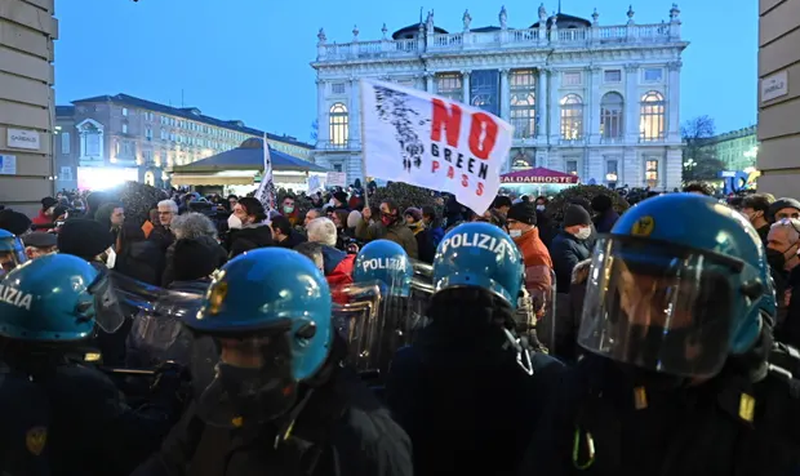 An Italian nurse was removed as if injecting anti-vaccine activists so that they could obtain the "health certificate" required by the country's strict rules for access to bars, restaurants and public transport.

Investigators used a hidden camera to record the 58-year-old working at a vaccination center in the island capital of Sicily.

In the published images the woman is seen filling the syringe and then emptying it into a gauze before pretending to inject it into the ‘patient’ arm of the anti-vaccine.

Police said that in this way she had acted with her vaccine therefore she was arrested on charges of forgery and misappropriation.

This is not the first time something like this has happened in Italy as some nurses and doctors have been banned from giving dubious doses of vaccine in recent months, for which people paid 200 to 400 euros.

#Digos Palermo arrested a nurse impressively pressed the infectious disease ward, then vaccinated against # Covid_19
and indicted for ideological and pecuniary fraud. Even if you benefit from a false vaccination relative to booster dose # 15gennaio pic.twitter.com/rQnZi5Q69t