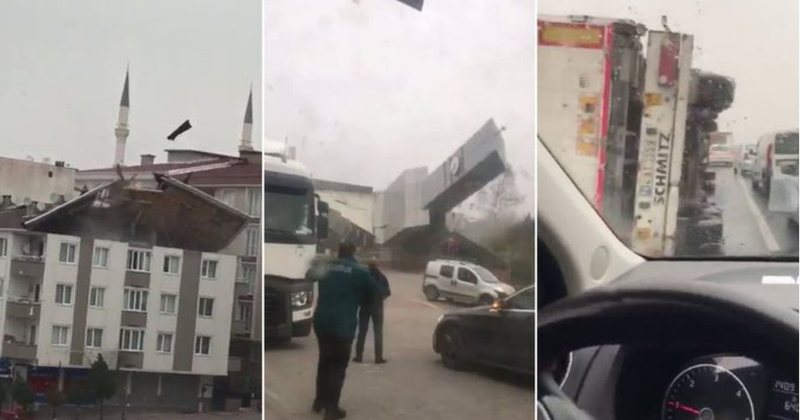 Vehicles were damaged, trucks traveling on the highway overturned, and a clock tower collapsed by strong storms blowing at 130km / h in some parts of the city.

The city canceled all ferry services and directed some flights to other cities.

Motorcyclists had difficulty with strong winds as they crossed bridges over the Bosphorus Strait.

The strait between the Black Sea and the Marmara Sea was closed to maritime traffic in both directions.