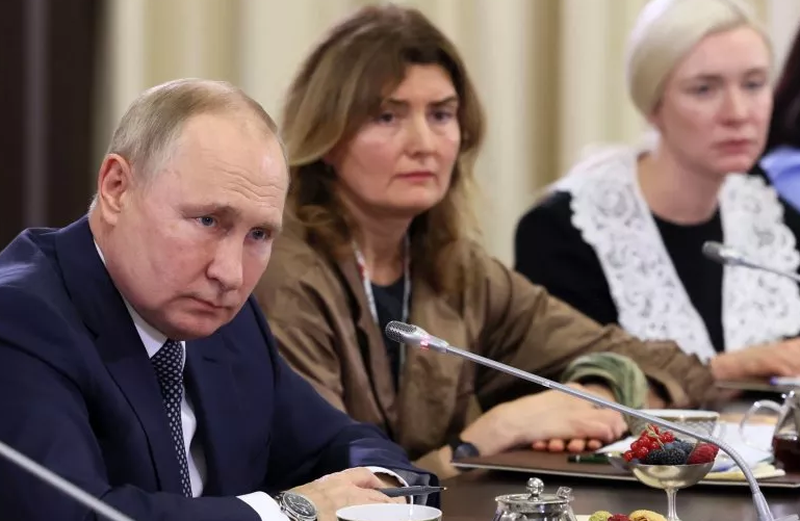 The mothers and wives of Russian soldiers sent to fight in Ukraine have criticized and called as "disgraceful" a meeting held by President Vladimir Putin on Friday with a group of selected women.

Members of the Council of Mothers and Women, a grassroots movement, took to Telegram to express their anger after the Kremlin announced that Putin met with women in a highly publicized meeting in Novo-Ogaryovo on the outskirts of Moscow.

Leaders of the organization said no mothers from the Council of Mothers and Women were invited to the event and accused the Kremlin of organizing the meeting with women who would not openly criticize Putin and his partial mobilization decree.

"The meeting was clearly orchestrated a month ago, or even earlier... the script was written, the roles were distributed," writes another member of the council.

According to local media, 18 women were selected to attend the meeting. They all sat around a large oval table with the Russian leader.

Among the participants were Moscow official and deputy of United Russia Olga Beltseva, head of the executive committee of the All-Russian People's Front in the Moscow region Julia Belekhova and member of the Orekhovo-Zuyevo Public Chamber Marina Migunova.