The situation gets out of control / This country is facing fierce protests against the tightening of measures against Covid-19, Police pull out weapons, seven seriously injured and dozens arrested 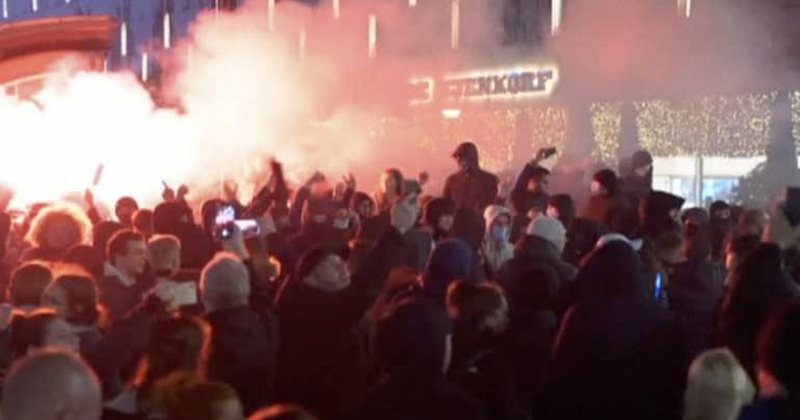 Dutch police have injured several people after protests in Rotterdam against a partial blockade by COVID-19, with some demonstrators setting fire to a police car and throwing stones.

Chaos erupted after a protest in the port city against recently imposed restrictions on the coronavirus and government plans to restrict the entry of unvaccinated people in some countries.

Dozens of people were arrested and seven people were injured in total, including police officers, during an overnight rally along one of Rotterdam's main shopping streets. The Netherlands returned to the first partial blockade of the Western European winter season a week ago. The restrictions, which affect restaurants, shops and sports, are expected to remain in place for at least three weeks.

"There are injuries related to the shooting, " they added.

They did not give a number, but Dutch public broadcaster NOS said two people were injured. Dutch media reported that several hundred protesters threw stones at police and firefighters and set fire to several electric scooters. The situation calmed down late Friday night, but there was a large police presence.