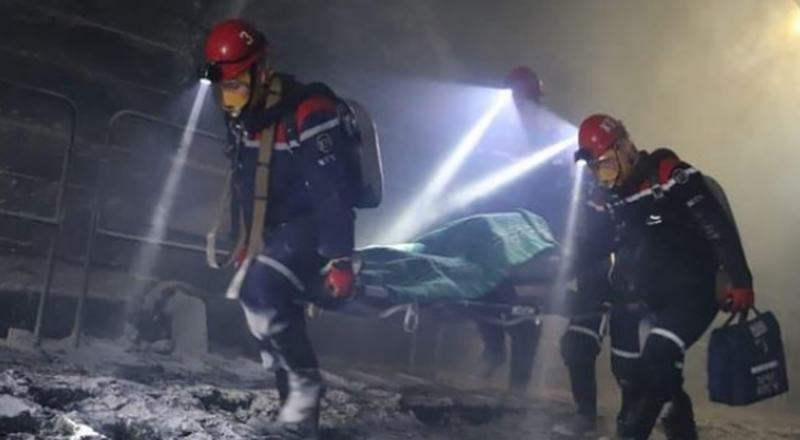 A major rescue operation is under way in Russia today after 75 coal miners were trapped underground following a massive explosion of explosives.

According to the Mirror Uk, a large explosion occurred at a depth of 250 meters in the Listvyazhnaya coal mine in the Kemerovo region of Russia.

It is suspected that about 30 miners may have died as contact with them is completely impossible and there is no sign of life so far.

About 44 of the survivors suffered injuries and were rushed to hospital.

One report said the miners had been warned of a possible incident at the mine, but were nevertheless told to work.

The Interfax report said a "device malfunction" or "natural causes" were seen as the cause of the explosion.

Authorities are still working to find the miners trapped underground.