Russia admits failure in the city it annexed, terrified soldiers leave in the blink of an eye 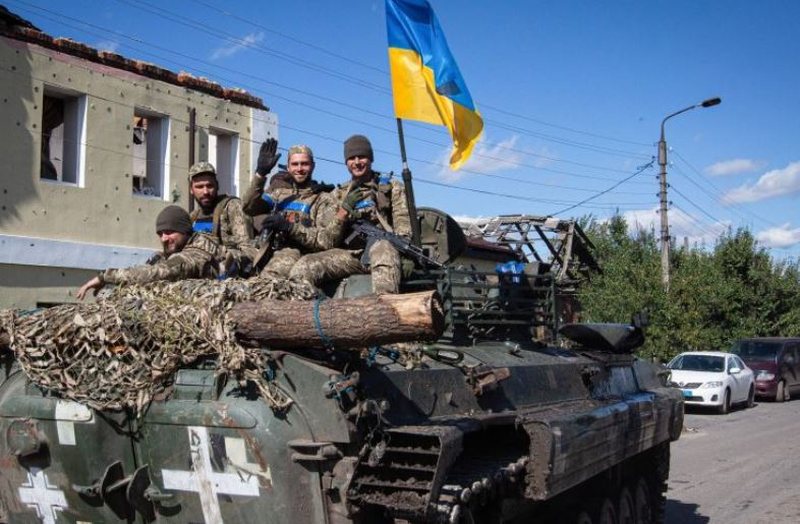 Russia's defense ministry said it has withdrawn Russian troops from the strategic town of Lyman in eastern Ukraine.

"Due to the threat of encirclement, allied troops have withdrawn from Krasnyi Lyman to better positions," the ministry said, according to  the BBC.

Earlier today, the Ukrainian army announced that it had surrounded several thousand Russian soldiers in Liman, a center of critical importance to Moscow.

Ukrainian troops surrounded 4-5 thousand Russian soldiers, who did not fight, but left the city.

Lyman is in the Luhansk region, which Putin declared Russian territory yesterday and threatened to use nuclear weapons to defend it. However, Luhansk is internationally recognized as Ukrainian territory, as are other regions annexed by Russia.

UKR drone footage shows hundreds of Russian troops, leaving Lyman via Zarichne yesterday with their heavy weapons.
Despite the Ukrainian surveillance of the massive withdrawal, no artillery or other impacts can be seen.
So feel free to think what you want. I see a green corridor. pic.twitter.com/UBaGXjQMcO

Four new American bases in Asia, Joe Biden's plan to expand the protective "umbrella" to Taiwan is activated, China's scenarios for war are "blown up"

Crazy threats from the Kremlin, Medvedev says that the Ukrainians will be destroyed, Putin warns that he will "take care" of Germany as well, a major offensive is being prepared on February 24