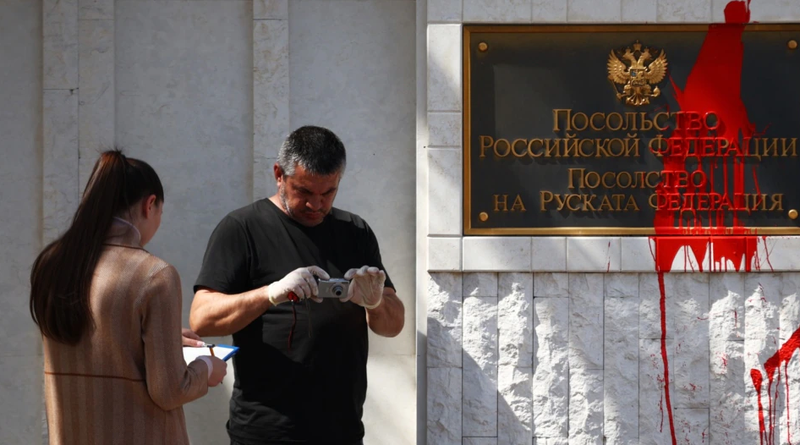 Russia threatened on Friday to close its embassy in Bulgaria and the European state's diplomatic mission in Moscow, as tensions rise over Russia's offensive in Ukraine and concerns about espionage.

This week, Bulgarian Prime Minister Kiril Petkov said his country would expel 70 Russian diplomatic staff members, the highest number of diplomats expelled at once from the Balkan state.

The Russian ambassador to Bulgaria, Eleonora Mitrofanova, said on Friday that she would send a petition to the Russian government to close the embassy in Sofia.

"Unfortunately, our appeal to the Bulgarian foreign ministry was ignored ," she said in a statement issued by the embassy.

She said that she is planning to "immediately" ask the Russian leadership to close "the Russian embassy in Bulgaria, which would also result in the closure of the Bulgarian diplomatic mission in Moscow".

She added that the responsibility for the serious consequences of this decision rests with Petkov's government. The Bulgarian Prime Minister declared that the Russian diplomats "worked against our interest".

Many European countries have expelled Russian diplomats following Moscow's military intervention in Ukraine on June 24, with Russia responding in kind.

The EU and NATO member, once a close ally of the Soviet Union under the Communist regime, still has close cultural, historical and economic ties to Russia.

But a series of espionage scandals since 2019 have damaged relations between the two countries and led to the expulsion of about 20 diplomats and a technical assistant. REL