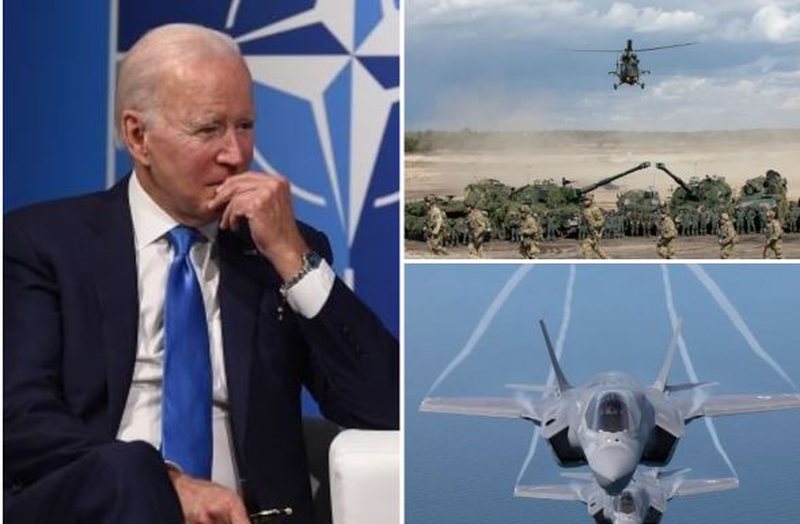 US President Joe Biden has announced today that he will strengthen US military power in Europe amid the growing threat of a full-scale war with Russia.

The head of the White House confirmed that the US will send additional F-35 aircraft to the UK, two more destroyers to Spain and will establish a permanent headquarters of the 5th Army in Poland, reports The Sun.

He also said that reinforcements will be made in Romania as well and more air defense and other capabilities will be deployed in Germany and Italy.

Biden pledged to ensure that NATO is ready to face threats from all directions in all areas, air and sea.

"Putin has destroyed peace in Europe," he said at the start of a NATO summit in Madrid today.

"We are growing. We are proving that NATO is needed now more than ever. "I am announcing today that the United States will improve our position of strength in Europe and respond to the changing security environment, as well as strengthen our collective security."

The planned increase for troops in Poland and Romania will strengthen the alliance's eastern wing on the border with Ukraine, he said.