Putin fears Ukraine's ace up his sleeve, offers €1,000 reward for their downfall 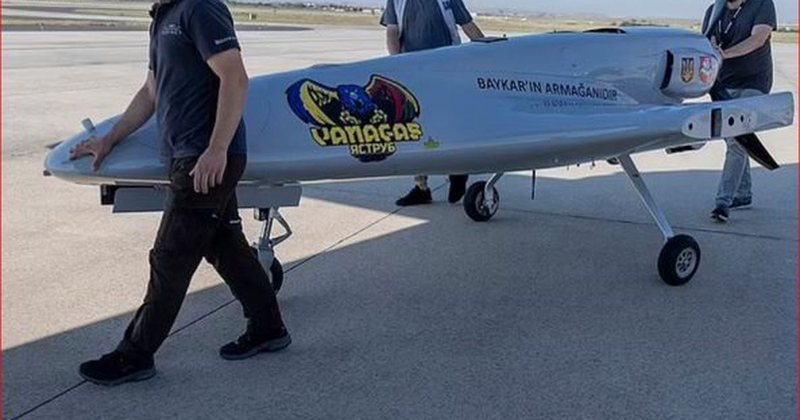 It's not often that a weapons system inspires a popular song that then goes viral online, but it happened in Ukraine. Locals have woven the lines of a song about the destruction of Russian convoys and tanks hiding in the bush, only to be destroyed by the Turkish Bayraktar TB-2 drone.

Since the Russian invasion of Ukraine, this Turkish aerial drone has turned out to be one of the "arms up the sleeve" of the war, at least for the Ukrainians. Since February, Bayraktar, which costs about $1 million to $2 million, has destroyed a large amount of Russian equipment, including ten helicopters, 13 surface-to-air missile systems, 7 armored vehicles, 27 other vehicles, 6 ships naval bases and numerous other targets such as command posts and fuel depots.

It's no surprise then that the Bayraktar TB-2 has become a vital component in the fight against Putin's forces, as it scouts the terrain and identifies targets before launching precision strikes using laser-guided weapons.

Bayraktar played a vital role in the early days of the conflict with Russia, helping to keep Kiev out of Putin's reach. They were in the game just a few days after the start of the war. Most famously, they were sent to destroy Russian fuel trucks, disabling tanks that had formed a mile-long military convoy heading toward the Ukrainian capital

The images of Russian armored vehicles abandoned on the side of the road were an early victory for Ukraine in the all-important propaganda war.

A key characteristic of Turkish drones is that they are almost invisible to conventional air defense systems. The TB-2 drones are capable of avoiding the S-300, the next generation of Russian-developed missile defense batteries.

In Azerbaijan in the 2020 Nagorno-Karabakh war, Turkish drones were reported to have not only avoided the S-300s, but also taken them out of action.

TB-2s were also used to destroy large numbers of Pantsirs, the Russian-designed anti-missile system that has been the mainstay of defense against Western offensives in Syria, Libya and Nagorno-Karabakh.

In fact, Bayraktar is proving so troublesome for Putin's ambitions that Moscow is now reportedly offering a 50,000 ruble (£800) reward for each drone destroyed. In addition, it has also been rumored that Russia, with a somewhat unsophisticated drone program of its own, is eyeing Iranian drones in order to try to restore balance in the "drone wars".

Turkish-made drones have had such an impact on other active warfare scenarios, from North Africa to the Caucasus, that they are now considered the main challenger to the United States, the industry leader.