Putin, depressed by the losses in Ukraine, it is revealed what he is planning to ask Kim Jong Un, in return he will give him grain and energy 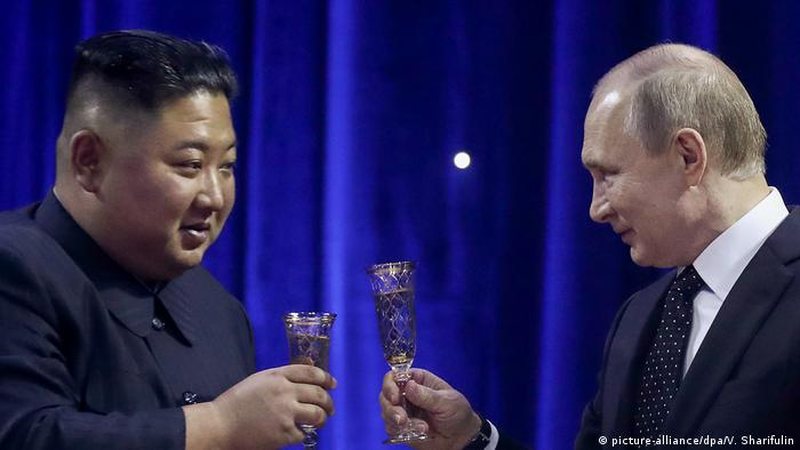 British media DailyMail reports that Russian President Vladimir Putin is desperate to emerge victorious from the battle that began in Ukraine and is considering turning to North Korean dictator Kim Jong Un for help.

In order to fulfill his goal of the total occupation of Ukraine, the head of the Kremlin is ready to offer energy and grain in exchange for 100,000 soldiers.

North Korea has made it clear through 'diplomatic channels' that in addition to providing builders to repair war damage, it is willing to supply a large combat force in an attempt to tip the balance in Moscow's favor, the agency reported. of Regnum news.

"The country is ready to transfer up to 100,000 of its soldiers to Donbas," the pro-Kremlin news agency reported.

Pyongyang would be able to transfer its tactical units to the Donbas, and in return, grain and energy would supply North Korea's recession- and pandemic-hit economy.

A leading defense expert in Moscow, reserve colonel Igor Korotchenko, told Russian state television: "We should not be ashamed to accept the hand extended to us by Kim Jong-un."

Korotchenko, editor-in-chief of the Russian National Defense magazine on the Rossiya 1 channel, said: "There are reports that 100,000 North Korean volunteers are prepared to come and take part in the conflict."

"If the North Korean volunteers with their artillery systems, rich experience in counter-battery warfare and large-caliber multiple missile systems, manufactured in North Korea, want to participate in the conflict, let them we give the green light to their voluntary impulse", said Korotchenko.