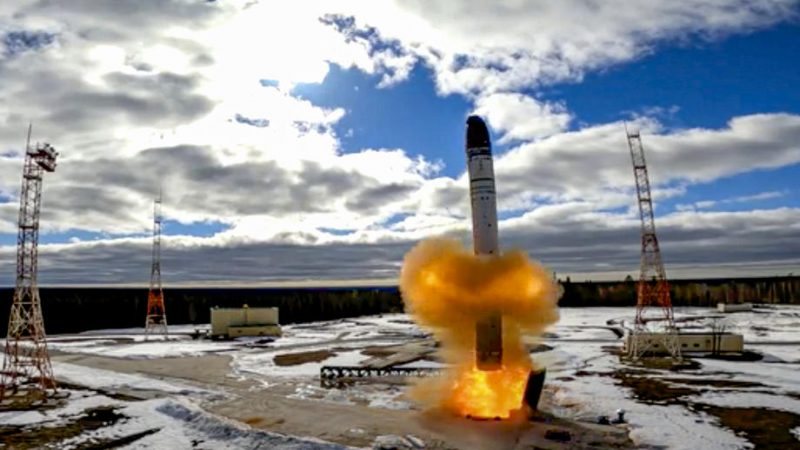 The British Ministry of Defense drew the attention of foreign media regarding the latest report on the missile arsenal currently in use by Russia.

The report, which focuses on increased Russian attacks on civilian settlements in recent months, contains numerous technical details about Russia's true capabilities as well as the type of missiles that were used.

The Russians are known for their large arsenal of missiles, but according to the British, in recent months, the marked shortages in this direction have turned into a nightmare for generals on the battlefield, who are already using the last resources to hit civilian infrastructure. Ukrainian.

The report also states that the Russians are nearing the end of their missile arsenal and have already begun using missiles that were previously designed to be launched with nuclear warheads.

"They have taken out these missiles, removed the nuclear warheads, and are firing toward Ukraine in the hope of inflicting massive damage through their kinetic energy and fuel alone," the report reads.

One such example is the AS-15 KENT missile, which is programmed only to launch nuclear warheads, but which has been frequently encountered during recent attacks on Ukraine.

"The data show that Russia is nearing the end of its missile arsenal and is already using missiles designed for nuclear loading," the report concludes.