"It's getting worse all over the world ..." / IDEA report published and possible scenarios: Unnecessary action is being taken to keep the pandemic under control 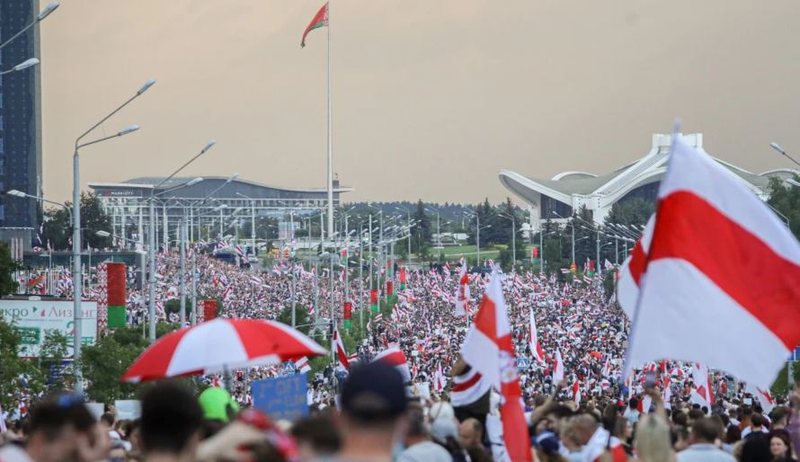 Democracy is deteriorating around the world, with states taking undemocratic and unnecessary actions to control the COVID-19 pandemic, according to a report released Nov. 22.

"Many democratic governments are turning back," said the International Institute for Democracy and Electoral Assistance (IDEA).

The report says that by August 2021, 64 percent of states had taken action against the pandemic, which was considered "disproportionate, unnecessary or illegal."

The Sweden-based organization said the situation was deteriorating in non-democratic countries. Autocratic regimes have become "even more brazen in their repression", freedom of expression has been restricted and the rule of law has been weakened, the report said.

According to the IDEA report, the number of democracies that have regressed has doubled in the last decade, with the United States, Hungary, Poland and Slovenia particularly mentioned.

"This is a time for democracies to be bold, innovative and to revitalize themselves," said IDEA Secretary-General Kevin Casas-Zamora.

The report states that "these two years since our last report have not been good for democracy."

The report says that in over 80 states there have been protests or civil society actions during the pandemic, due to the harsh measures of the government. However, pro-democracy movements have faced repression in Belarus, Cuba, Esvatini, Myanmar and Sudan.

As for Europe, in countries where democracy was already in danger, the pandemic was used as an excuse by governments to further weaken democracy. The undemocratic governments of Europe - which according to the report are those of Azerbaijan, Russia and Turkey - have stepped up their repressive practices.

"The pandemic has deepened existing divisions between high-performing democracies in Western Europe and weaker democracies in Eastern and Central Europe," said Sam Van Der Staak, head of the Europe Program.

"This division will continue to challenge the unity of Europe, as it also faces external pressure from undemocratic superpowers," he added.

In Asia, according to the IDEA report, Afghanistan, Hong Kong and Myanmar have suffered "from the rising tide of authoritarianism." But there has been democratic erosion in India, the Philippines and Sri Lanka.

"China's influence, coupled with its autocracy, has also jeopardized the legitimacy of the democratic model," the report said.

In Africa, the decline of democracy "has undermined the great progress made on the continent over the last three decades." According to the report, the coronavirus pandemic has increased pressure on governments to respond to concerns about governance, rights and social equality.

The IDEA report also says there has been a decline in democracy in Bolivia, Brazil, Colombia, El Salvador and the United States.