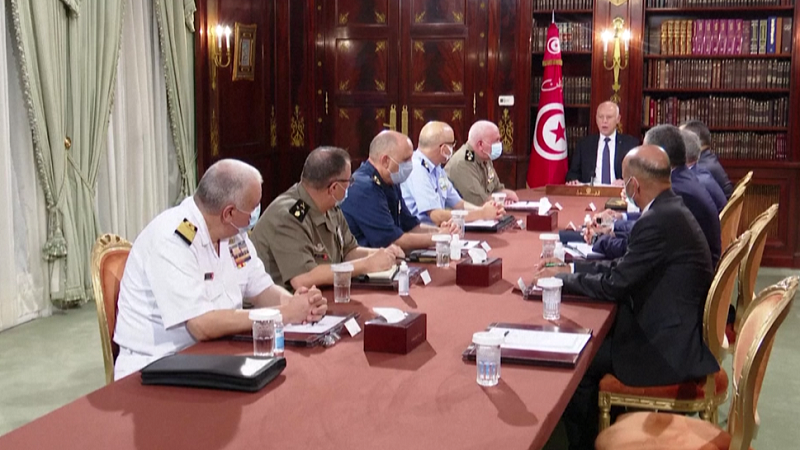 Outraged by the government's mismanagement of the coronavirus situation, thousands took to the streets and clashed with police. President Kais Saied has said he will take over with the help of a new prime minister to "save" Tunisia.

The head of state claims that his actions are legal under the country's Constitution. "We have made these decisions until peace returns to Tunisia and we save the country," he said.

But for Parliament Speaker Rached Ghannouchi, the president's move is nothing more than a coup. He called on supporters of his Islamic party, Ennahda, to stand up and protest. Ten years ago, the revolution in Tunisia sparked pro-democracy rallies across the region, in what would be known as the Arab Spring; but hopes for more employment and opportunities were never realized.

A decade later, Tunisia struggles with a deep economic crisis and one of the worst coronavirus outbreaks in the region. The number of cases has risen sharply in recent weeks, adding to the pressure on the economy. Prime Minister Hichem Mechichi fired the health minister last week, but that was not enough to quell the anger of the people.