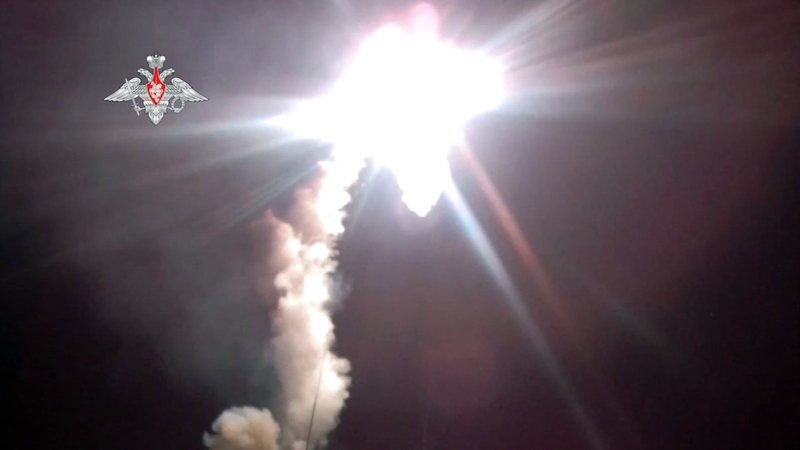 MOSCOW - Russia announced on Monday that it has conducted another successful test with its Zircon hypersonic missile, while world powers are competing to further develop this new weapons technology.

Russia, the United States, France and China are experimenting with these hypersonic missiles that are thought to reach minimum speeds of at least Mach 5.

The Russian Defense Ministry announced that as part of the final test of hypersonic missiles, the warship "Admiral Gorshkov" launched a Zircon missile towards a target in the Barents Sea, at a distance of 400 kilometers.

"The target was hit," the Russian ministry said, describing the test as successful.

This type of missile has undergone several tests recently, as Russia intends to equip warships and submarines with Zircon missiles.

Russian President Putin unveiled the development of this new weapon in a speech to the country in February 2019, saying that it can hit targets on land and at sea, with a range of 1 thousand kilometers and a speed of 9 Mach.

This test from Russia comes after it was reported in the west that a Chinese hypersonic missile was launched during a flight in July and reached over the South China Sea a speed over five times higher than the speed of sound.

Until that moment, none of the world powers had demonstrated such an achievement with a rocket launched in flight.

China denied the reports, saying it was a routine test of a reusable spacecraft.

Russia has said it is developing some weapons systems that evade existing defense systems, such as Sarmat intercontinental ballistic missiles and Burevestnik missiles.

Western experts have concluded that a deadly explosion in 2019 at a test facility in northern Russia that caused a large increase in radiation levels in the area, is related to Burevestnik missiles, which operate on nuclear energy.