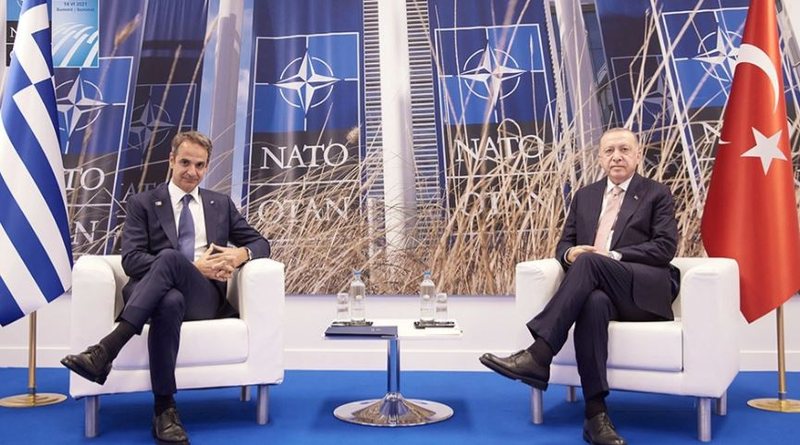 Turkey does not want to go to war with Greece, but will continue to respond to violations of Turkish airspace, Recep Tayyip Erdogan said, a day after returning from the NATO Summit in Madrid.

The Turkish president was asked about Greek-Turkish relations and the possibility of easing the tension, after the statements of Kyriakos Mitsotakis in favor of Turkey on the issue of terrorism. As he said, he is not thinking about any meeting with the Greek Prime Minister, although according to Erdogan, many leaders tried to "reconcile" him in Madrid.

"We have no desire to go to war with Greece. However, Greece does not keep its promises, this is the problem ," Erdogan said.

In the same context, he accused Greece of violations.

"They committed 147 air violations in a very short time. So if we are neighbors, if we are friends, if we want to live in peace, why are you violating our airspace 147 times? Of course, when you do such a thing, violations, then what is our duty? Our Air Force will step up and give you the image and perspective you need. This is what our air force does ," he said.

"If I don't do it, what will my citizens say? Where are our armed forces? So our armed forces are doing their part and if these airspace violations continue, we will continue to do what is necessary. Here I will say that Mitsotakis gave us justice, but many leaders, I don't know who started it, made great efforts to reconcile us. We said we're not thinking about it right now. We are seeing what conditions will bring in the future and we will assess them accordingly, " he said.