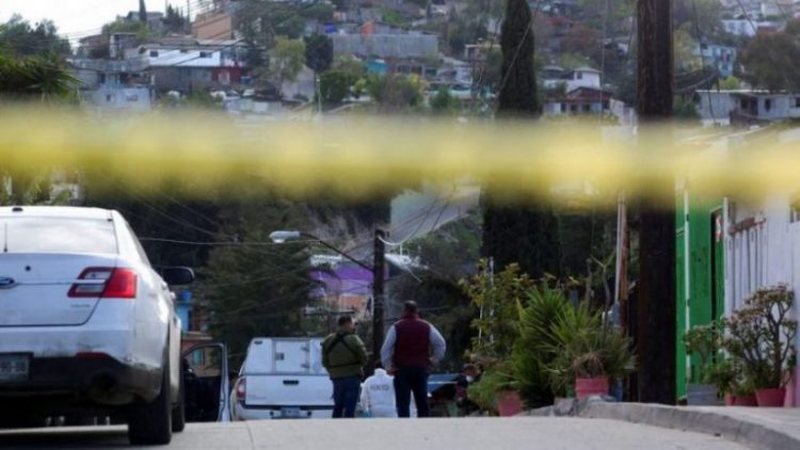 A Mexican journalist was executed yesterday near his apartment in the Mexican city of Tijuana, on the border with the United States. Margarito Martinez, 49, was attacked with a firearm very close to his home while on his way to work where he was shot by gunmen. Martinez, a journalist in several media outlets, including the Tijuana weekly 'Zeta', had received systematic threats.

The incident comes just days after the murder of another journalist and social media activist, Jose Luis Gamboa, who died in hospital a few days after being stabbed in the eastern state of Veracruz on January 6th.

At least seven journalists were killed in Mexico in 2021, according to an AFP count, though it has not been determined whether all the killings were related to their work. More than 100 reporters have been killed since 2000 in Mexico and only a fraction of the crimes have resulted in convictions.

Nuredin Dumani confesses the monstrous murder of the mother of the famous trafficker in 2013: I was offered 40 thousand euros for the murder of Fatmira Dedaj! Talo Çela cut him in the garage, kicked him and cut his neck

What is happening in Germany, the gun jumps, there are injured

A magnitude 7.1 earthquake shook the island and triggered a tsunami alert

Leaders of Finland and Sweden meet with Biden at the White House, here is what was discussed

The investigation is closed, the British Prime Minister and his wife suffer badly, this is what they are accused of

"Russia is failing", Zelensky: They are using the secret weapon

Boris Johnson has a telephone conversation with Zelenskyn. The last details are revealed

Russian media 'crazy' where they write that Zelensky is Russian / The image of his passport is revealed. The BBC reveals the details and shows the truth

Amid the unrest, Erdogan drops the 'bomb', revealing the drastic decision he has made

The UN issued the alarm and asked Putin to open the ports, comes the reaction of Russia

Ukraine applied for EU membership, Scholz comes up with the final decision: There are no exceptions