In the global fight against the virus / How accurate are corona rapid tests and are they invalid? Here is what the latest study has revealed 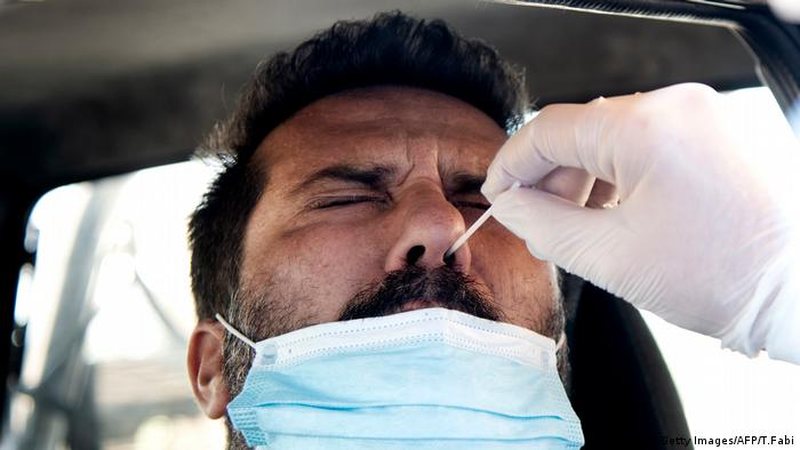 False certainty: During a check for the accuracy of rapid antigen tests for Corona detection, one in five failed the test. Manufacturers are still allowed to certify their own tests.

In the global fight against the Corona virus, rapid antigen tests play an important role not only for the unvaccinated, but in the future more and more for the vaccinated as well.

Testing is done at work, in public and in private life. If the 2G plus rule applies, then vaccinated and cured should also show a quick additional negative test. Many people trust the rapid tests that are in use since 2021 and that help the rapid detection of the virus.

Many people test themselves, before visiting elderly relatives, or if they attend private celebrations.

But this sense of security can turn out to be false.

Researchers at the Paul Ehrlich Institute, Robert Koch and the Berliner Charite took under scrutiny a large number of antigen tests that are in use. 20% of the tests did not pass the test, because even when the person had a large amount of the virus they did not detect it.

75 of the cases need to be identified

According to the study previously published as a "preprint", publication before qualifying expertise, 26 of the 122 rapid tests that were considered did not meet the minimum requirement: identification in 75% of virus cases.

Tests should detect 75% of cases if the test obtained contains virus quantities. How much the virus should be is determined by the value called Ct. This value orients you to how often a test should be multiplied in the laboratory until the SARS-CoV-2 gene is tested. The lower this value, the greater the amount of virus.

Why are PCR tests more reliable?

Both the antigen test and the PCR test take the same tests, airway secretions as from the nose or throat. Rapid tests in these tests require antigens, ie certain proteins in the virus coat.

But if the test has few viruses, for example, when the person is at the beginning or end of an infection, or because he drank a lot before taking the test, then quick tests are no longer as accurate. If the test is positive, a PCR test should be performed immediately. Because in this test with the help of a polymerase chain reaction, PCR is required in the laboratory for DNA of the SARS-CoV-2 virus and here even small amounts of the virus are enough to give a positive test result.

Who verifies the accuracy of rapid tests?

The answer may surprise you: Manufacturers are still allowed to launch rapid antigen tests without external quality verification and can certify themselves on the basis of the declaration of conformity (CE) which indicates that the product meets EU requirements. The Paul Ehlrich Institute says: "According to current EU regulations on in vitro diagnostics (IVD) which currently govern the marketing authorization of IVDs in Europe, manufacturers can certify their COVID-19 tests as 'IVD'. low risk ”and abandon an independent control body before bringing them to market.

Manufacturers thus prove to themselves that their tests reliably detect antigens. An inadmissible situation, but that will change only in May 2022, writes the German institute. "Then, according to the IVD regulation, for their certification, an EU reference laboratory and another institution should be considered, because the tests should belong to the highest degree of risk. In the future this requires laboratory verification and independent data control.

No way! They are important and help alleviate the pandemic because often times they detect infections and can thus help break the chains of infection. Especially when someone has a large amount of virus, they sound the alarm. But even with a negative test you can happen to be infected and infect others. Two days before you show the first symptoms you can be contagious. For this reason it is better not to sleep on laurels even after negative test results, but to be careful. DW