It happens that way too! The deputy publishes the photo with a machine gun, the network explodes 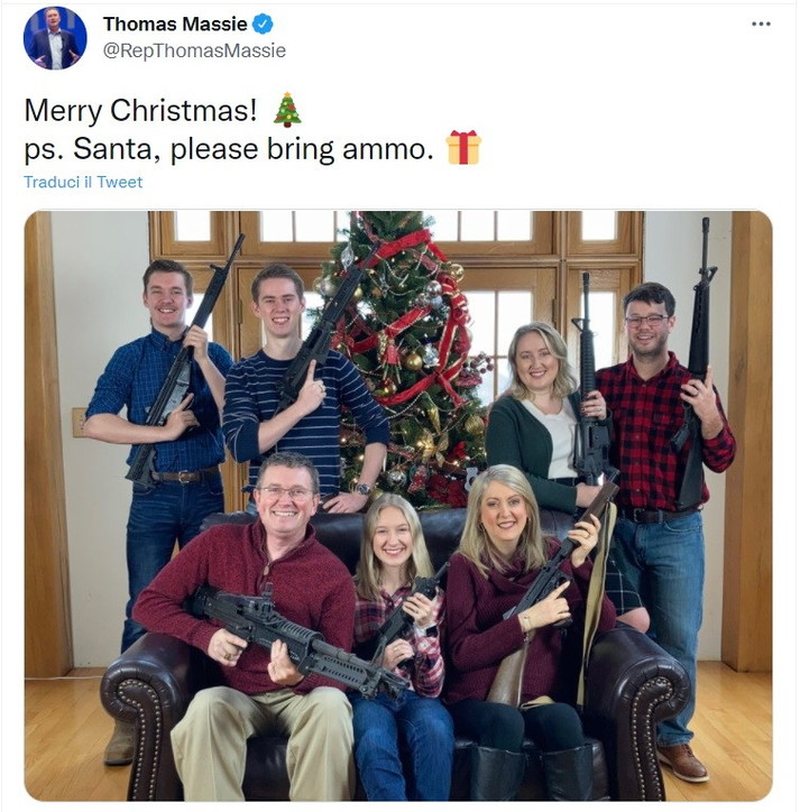 Kentucky U.S. MP Thomas Massie has sparked controversy in the country after the photo was recently posted on social media. He along with the whole family has shared a photo to wish Christmas where everyone appears with guns in hand.

"Merry Christians! Grandpa, do not forget to bring tools! ”Wrote the American MP.

The first to comment below was the father of a 14-year-old girl killed in 2018 during a shooting at a school in Parkland, Florida.
"Since we are in family photos, this is mine," Guttenberg wrote.

"One is the last photo of my daughter and the other where she is buried. "Even the perpetrator of the murders at a school in Michigan a few days ago and his family often took pictures with guns like yours," concludes the 14-year-old's father.