Moments of horror/ 23-year-old 'hawk' shoots a gun in the pizzeria and robs the cash register, children are also present (VIDEO) 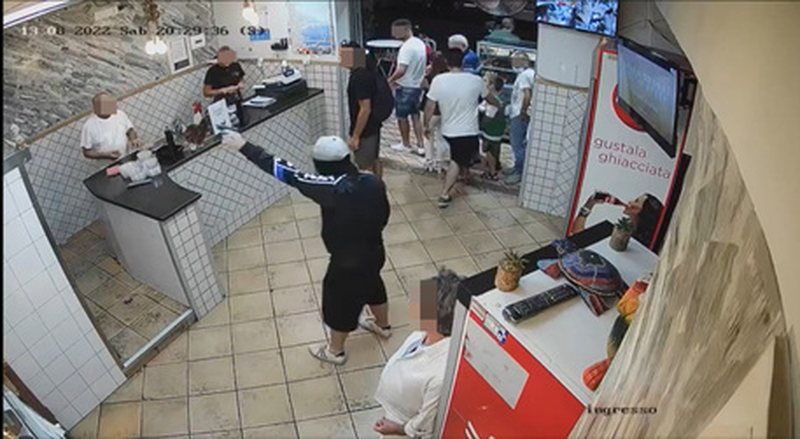 The city of Naples continues to be the main center of terrorizing daytime robberies in Italy. The latest of them was recorded by security cameras and lasted 28 seconds. The robbery took place in a pizzeria, as the thief enters, shoots the ceiling and then takes the money from the cash register.

All the time there are several customers in the restaurant, including some children, while the images of the theft were distributed by the regional councilor of "Green Europe" for the Campania area, Francesco Borrelli.

"It's another robbery in the heart of the Pianura neighborhood in Naples. It's 8:30 p.m. on Saturday, August 13, when a gunman entered a popular local pizzeria and fired a bullet into the ceiling to scare the owners into handing over the proceeds. All this lasted less than a minute before the disbelieving eyes of dozens of customers, who at that time were inside the pizzeria to enjoy a Saturday evening with their family. There are also some children inside the environment", writes Borrelli alongside the video.

Meanwhile, Italian media reports that the robber tried to escape on a scooter, with an accomplice waiting for him at the wheel.

But he was blocked by employees and some customers who, after a fight, managed to take his gun. Police officers from the San Paolo and Pianura police stations intervened at the scene, and after the arrest, they announced that they were dealing with a 23-year-old man.

He was arrested and charged with attempted murder, attempted aggravated robbery and possession of a weapon without a permit, as he was carrying a 9-caliber Bruni pistol.