Record prices / Joe Biden comes out with the urgent call to resolve the situation, President request Congress for the gas and gasoline tax. Details are revealed 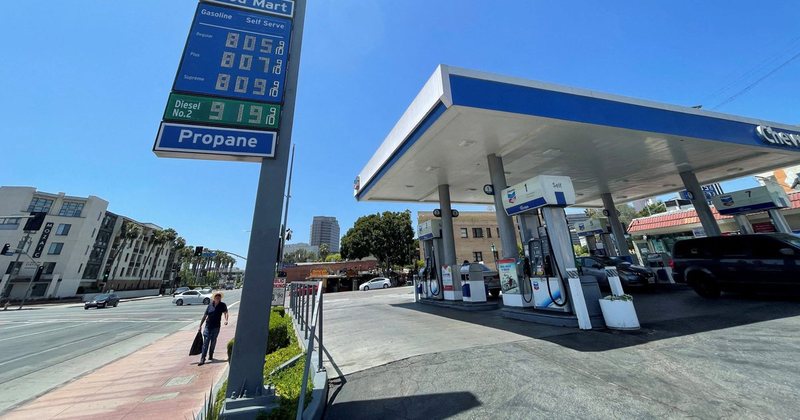 "We can lower the price of gas and make it a little easier for American families," Biden said in a White House speech.

The president also urged states to temporarily suspend state fuel taxes, which are often higher than federal tariffs. The Secretary of Energy will challenge the big oil companies to come up with new ideas on how they can get their unused refining capacity back to work at Thursday's meeting.

Biden and his advisers have been discussing the issue for months, amid growing pressure to act as record gas prices worsen poll estimates for the president and reduce Democrats' chances of retaining power in Congress in the election. of November.

A suspension of the federal gasoline tax of 18.4 cents per gallon and the oil tax of 24.4 cents would require congressional approval, making Biden's proposal largely symbolic.

Lawmakers in both parties have voiced resistance to the tax suspension, with some Democrats, including House Speaker Nancy Pelosi, expressing concern that the move could have a limited effect on prices if oil companies and retailers retailers will receive the bulk of the savings.

Biden urged Congress to suspend the fuel tax until September, a move that would cost the Freeway Trust Fund nearly $ 10 billion in lost revenue, but that loss could be offset by other budget items. which has had revenue growth and deficit shrinkage, now that the United States is emerging the COVID-19 pandemic.

Peter DeFazio, a Democrat and chairman of the House Transport and Infrastructure Committee, told reporters Wednesday that the federal gas tax suspension would provide "a small relief" while creating a large budget hole in The Highway Trust Fund, which is needed to fix destroyed bridges and build a modern infrastructure system.

Some states, such as New York and Connecticut, have suspended state fuel taxes, while other states have tossed out ideas such as lowering prices for consumers.

Refineries are failing to meet global demand for oil and gasoline, which has exacerbated rising prices, exacerbating supply shortages in the market.

"Suspension of the federal gas tax would certainly provide a short-term relief for American drivers, but it would not solve the crucial issue - the imbalance between supply and demand for petroleum products," said a spokesman for the American Fuel Industry Group. of Petrochemistry.

Long-term policies are still needed to increase energy production in the US, he said.

Gas prices in the US average $ 5 per gallon, as rising demand for fuel coincides with declining processing capacity of about 1 million barrels per day. In the last three years, many plants were shut down as fuel demand declined during the pandemic. Reuters

"I was ashamed"/ He sexually harassed his two colleagues, the deputy resigns: I had drunk too much! That was the last thing I wanted to do! (MESSAGE)

"This does not come into effect"/ Erdogan issues another threat: If we don't get what we were promised, we will block...

He was caught red-handed in Ibiza, the relationship with the famous coach costs the Bild journalist dearly, he faces the unexpected