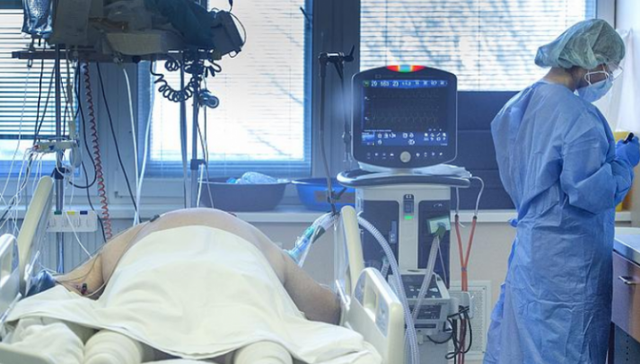 Scientists have said that a new Covid variant that carries an "extremely high number" of mutations could trigger a further wave of infections.

According to The Guardian, only 10 cases have been confirmed in three places by the genomic sequence, but the variant has aroused serious concern among some researchers because a number of mutations could help the virus evade immunity.

Variant B.1.1.529 contains 32 mutations in the protein that most vaccines use to boost the immune system against Covid. Mutations can affect the ability of the virus to infect cells and spread, but they also make it harder for immune cells to attack the pathogen.

The variant was first discovered in Botswana, where three cases are now listed. Six others have been confirmed in South Africa and one in Hong Kong on a passenger returning from South Africa.

Dr. Tom Peacock, a virologist at Imperial College London, posted details of the new variant on a genome-sharing website, noting that "the extremely high amount of yeast mutations suggests that this variant may be a real concern. ”.

In a series of posts, Peacock said that "a lot needs to be monitored because of the profile he has", but added that it could turn out to be a "strange set" of mutations that is not very transmissible. "I hope so," he wrote. 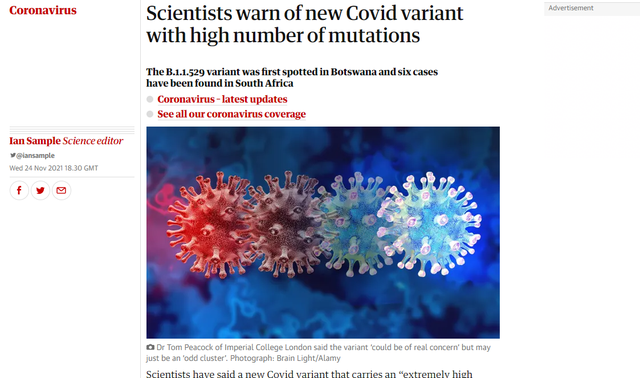 Will I send American troops to Ukraine? Biden answers

Final study: Three doses of this vaccine are the best way to protect against the Omicron variant

The Minister of Security is accused of corruption, 5 million euros in damaging the state

It is not extramarital sex, Pope Francis shows who are the two most serious sins of man

The new variant that is scaring the world, WHO comes out with the latest announcement: Omicron to fight through… / Here is what the Voice of America writes

Another sign of health problems? Erdogan loses the thread, something unexpected happens to him during a meeting

US media echoes / The tense situation in Ukraine could lead to extreme moves from the US as well. The emergency plan that the Biden administration is planning is revealed

"We would offer them additional equipment" / Biden warns Putin: If you continue with the occupation of this state, you will ...

The situation gets out of control / A fist breaks out between the deputies in the parliament, not even the guard can stop them. What senior officials said during the clash is revealed (VIDEO)