"I was abducted by aliens", the woman is shocked by her statement: I was robbed of eggs in my womb, I have facts 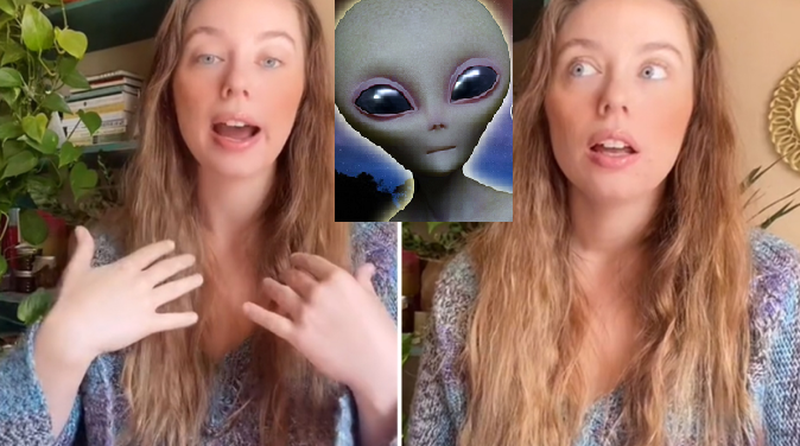 In another spectacular allegation of encounters with aliens, a social media follower says she has been taken hostage by aliens who stole her ovaries in her womb, and even says she has ultrasound tests to prove everything.

The young woman says in her claims that the aliens have removed 3 eggs which "they will use to create hybrid babies".

Sheera Lumira Rejoice shared her claims or concerns in a video with followers on the TikTok network and recalls how aliens came to her home three years ago in 2018.

In the video, which has already gone viral on the network, she also uses a dramatic soundtrack, with a text on the screen that says: "The aliens took my eggs in my womb."

The woman says she "did not give permission" to the aliens to remove her eggs: "As for information, they took three of my eggs."

The video has left many viewers puzzled, undecided on who to trust. They asked the girl if she remembered anything from the time of the abduction, and Sheera responded by posting a chronology of events, which she called "the most memorable moments of my life."

She adds that the aliens did not take her on the spaceship, but came to her house.

"I was on the couch in my apartment, I was falling asleep when I suddenly felt something like a paralysis," she told viewers.

"I was frozen and could not move my body. I turned my head and the door opened. "There was a figure, a hologram figure with a human shape."

"It was mostly gray but with black contours. "They took me but just making me float in the air while my legs were open."

Sheera says she did not realize they had removed the eggs, until a later time when she went to seek help from a shaman (spiritual healer).

She says: "This man told me 'you gave birth to three hybrid babies after they took three eggs from your womb'. "I had no idea about it until the healer informed me and my intuition believes that what he says is true."