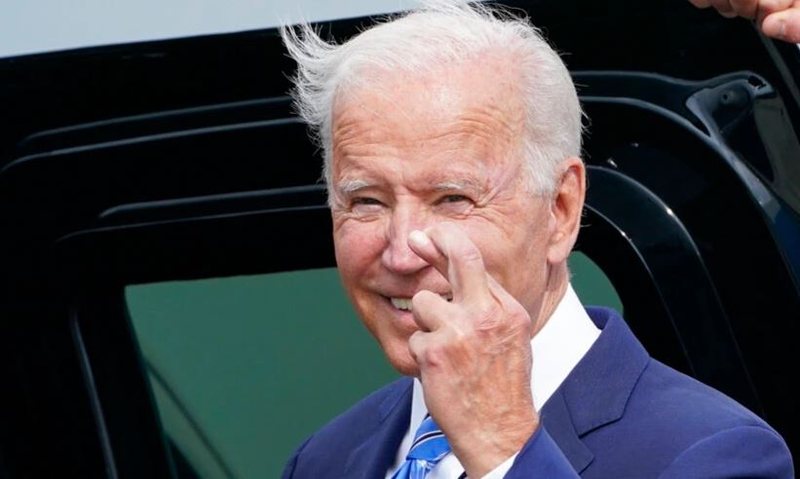 Americans are expressing their displeasure with President Joe Biden, almost nine months after he took office.

In a series of surveys conducted nationally last week, 49.2% of respondents do not approve of Mr Biden's work, despite 44.5% approving it, says survey company FiveThirtyEight. The results of five polls recently conducted by RealClearPolitics express dissatisfaction, while the results of three polls are in favor of Mr. Biden.

Analysts say the decline in perceptions of Mr Biden's work has been particularly palpable among independent voters, who helped him win last year's election against former President Donald Trump.

In July, when the first six months of his presidency came to an end, Mr. Biden enjoyed a 9% support margin, but by the end of August, polls showed American voters were divided in perceptions of his work.

Since then he has lost even more ground and political analysts give different explanations for this.

It was the period that coincided with the chaotic withdrawal of the US military from Afghanistan after 20 years of war, analysts say. They also cite political disagreements in Washington between Republicans and Democrats over raising the debt ceiling, as well as between progressive Democrat and moderate lawmakers over expanding the country's social security network after nearly five decades.

Also, the number of new coronavirus infections increased nationwide for several months, before the decline began most recently, although about 70 million Americans remain unvaccinated. President Biden has ordered frequent vaccination or testing for COVID-19 of employees in companies with more than 100 employees, but the guidelines continue to be controversial in some parts of the country and in some businesses, where they are not yet being implemented.

Democrat and Republican senators agreed last week on an emergency $ 480 billion increase in government borrowing authorization by early December, when the issue will need to be reconsidered. Meanwhile, at the request of President Biden, Democratic lawmakers are trying to reduce the $ 3.5 trillion figure for a package he proposed for the social security network and pass it by the end of October in parallel with bipartisan infrastructure legislation.

The passage of this legislation and the coronavirus risk reduction could improve President Biden's position, but the FiveThirtyEight website notes that President Biden has at this point the lowest approval rating for a president since 1945, with the exception of two presidents. others, one of whom was Mr. Trump.

Asked about the decline in support for President Biden in the polls, White House spokeswoman Jen Psaki told reporters: "These are really difficult times for our country. "We are still fighting COVID, and many people, including us, thought we would have already passed."

"There is no doubt that it affects many aspects," she said, such as to the supply chain of consumer goods produced abroad and stranded in US ports with insufficient personnel. She also said people are concerned about safety and well-being in the workplace.

Ms. Psaki added that "our focus is to put the pandemic under control, to return to life, a version of normalcy." / VOA