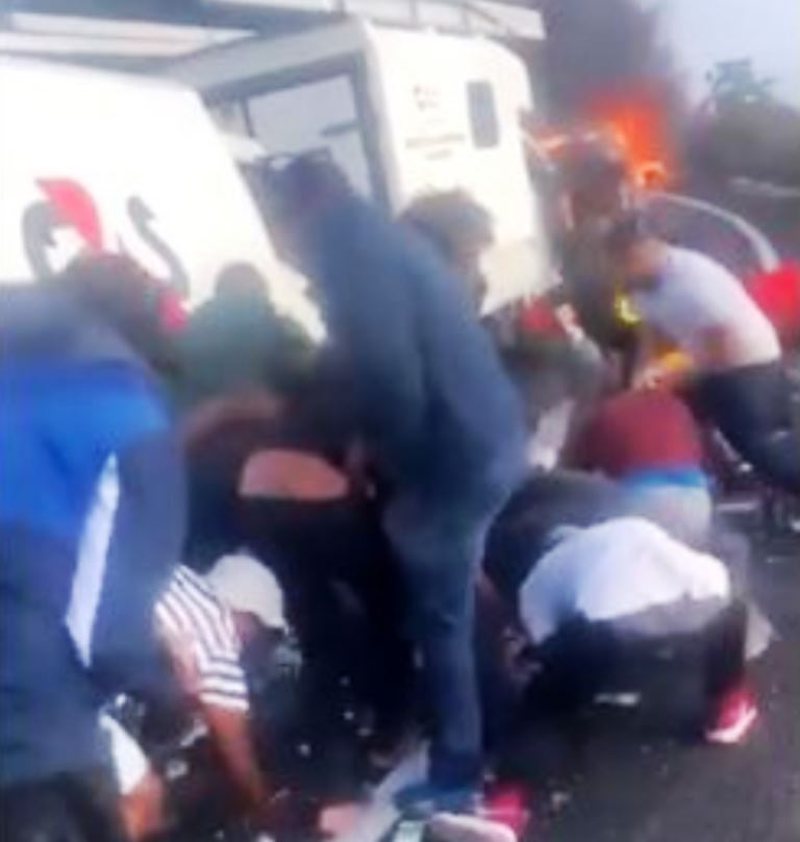 Gunmen attacked an armored vehicle transporting money on a highway in Cape Town in South Africa.

The robbers managed to detonate the blind with explosives and snatched most of the money from it, leaving the driver and his companions injured.

After the robbers leave, the drivers get out of the cars and fill their hands, pockets, T-shirts, bags, and even trousers with money.

Police suggest that so far they have arrested 2 people for the attack, while other members of the gang have left with the money.