Is North Korea involved in a war? Putin makes a sudden request to Kim Jong Un 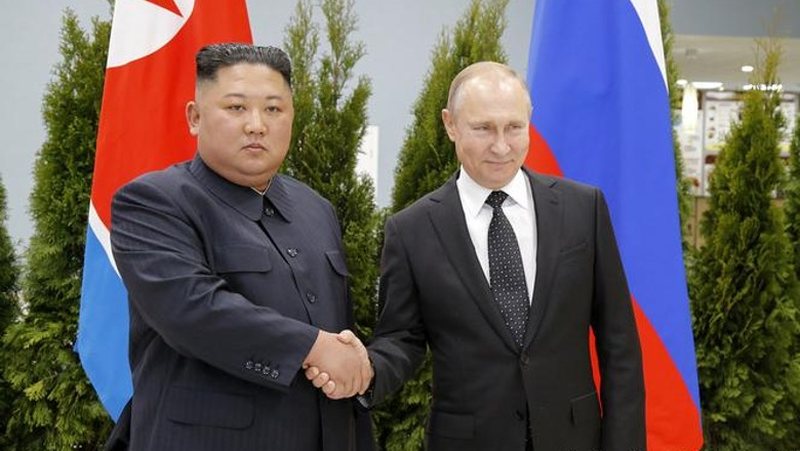 North Korea made it clear that it is ready to help Russia fight, the news agency reported. This would involve providing a large fighting force and builders to repair the damage. In return, he said grain and energy would be supplied to the battered economy of North Korea's supreme leader. Reserve Colonel Igor Korotchenko told Russian state television: "We should not be ashamed to accept the hand extended to us by Kim Jong-un," Kim Jong Un reported.

Russia and North Korea have shared close ties since 1948, when the Soviet Union became the first country to recognize the DPRK. Putin and Kim last met in 2019. A desperate Vladimir Putin is considering turning to North Korean dictator Kim Jong Un for help in his invasion of Ukraine and is willing to offer energy and grain in exchange for 100,000 soldiers, according to reports in Russia.

North Korea has made it clear through 'diplomatic channels' that in addition to providing builders to repair war damage, it is willing to supply a large combat force in an attempt to tip the balance in Moscow's favor, the agency reported. of Regnum news. They will be deployed to the forces of the pro-Putin Donetsk People's Republic [DPR] and Luhansk People's Republic [LPR], which Kim recently recognized as independent countries.

"The country is ready to transfer up to 100,000 of its soldiers to Donbas," the pro-Kremlin news agency reported. Pyongyang will be able to transfer its tactical units to Donbas.

In return, grain and energy would be supplied to Kim's battered economy. Korotchenko, editor-in-chief of Russia's National Defense magazine on Rossiya 1 channel, said: "There are reports that 100,000 North Korean volunteers are prepared to come and take part in the conflict."