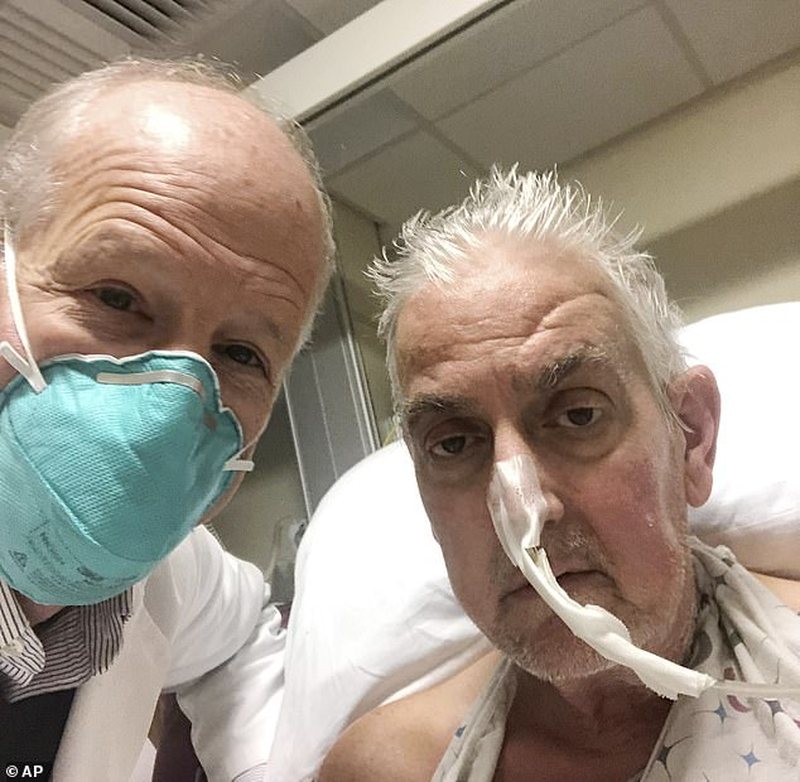 The patient whose pig heart was transplanted is in stable health condition.

This was stated by the leader of the team that performed the pig heart transplant on David Bennett, dr. Bartley Griffith in an exclusive interview on the show "Today", in Euronews Albania.

Griffith said the patient is not yet in proper shape but is happy he is still alive.

"Every time I meet him, the patient thanks me in tears," said the doctor.

Bartley Griffith said the patient's selection was random and that he did not qualify for a standard heart transplant.

The patient chose the transplant to be performed despite having no certainty about his life.

"Pig heart transplantation was the only chance, despite the risks, that was no less than continuing the treatment alone. "He took the risk and said that even if it didn't work, he would at least learn something."

Griffith said this has been the most special intervention for him, in more than 40 years of career as a surgeon, where he has performed more than 4000 surgeries.

"The surgeons called me, gave me congratulations and felt that this is an important step that we were prepared to take," said dr. Griffith.

This is the first live appearance in the media of dr. Bartley Griffith after the operation in question.

Invited to "Sot" was also the cardiologist Edvin Prifti, who informed the public that it has been almost 50 years since medical science has been working to perform a successful transplant of animal organs in humans, a procedure otherwise called xenotransplant.

"In 1963, a surgeon implicated chimpanzee kidneys in humans. "One of the patients lived up to 9 months", said Prifti.

He showed that pigs used for transplantation are of artificial origin and have modified genes in order to adapt to the human body.

A pig heart was transplanted to a patient for the first time in America, in a last-ditch effort to save his life. Doctors at the University of Maryland Medical Center say the transplant showed that a heart from a genetically modified animal could function in the human body without immediate rejection.

"They are ready to die for their country", the unexpected happens on Russian television! The analyst dares, surprised by what he says about the Ukrainians

Chaos, the biggest economic crisis of the last 70 years! Alarm raises in this country, the president issues an emergency call: The country has only one day left with oil