Chaos in Zagreb after the strong earthquake, citizens land on the streets, buildings collapse, there are suspected victims. State Committee in an extraordinary meeting 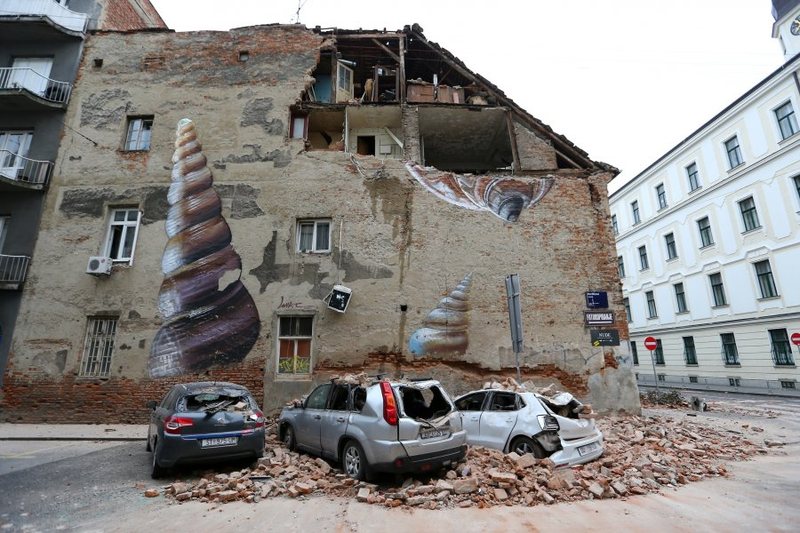 An earthquake measuring 6.4 on the Richter scale struck shortly after noon in Croatia, 9km from the town of Sisak. According to the information, there are injured and many buildings collapsed.

Meanwhile, the Institute of Emergency Medicine improved the statement, specifying that there are no deaths from the earthquake in Croatia.

Although the Institute of Emergency Medicine in Croatia initially announced the death of a 15-year-old in Zagreb as a result of the earthquake, the institute later changed its statement, saying the child did not die.

According to the announcement, the child has not died but is in serious condition, reports Reuters.

"A medical team went to the field and found under the rubble of a building a child who no longer had signs of life," the Medical Institute in Zagreb said, Reuters reported earlier, for the later clarified news.

According to reports in Croatia, Zagreb was hit by three powerful earthquakes in the morning, while the situation became more difficult due to the risk of spreading the chronavirus.

In the morning the State Committee convened in an extraordinary meeting. Citizens are scared but also confused because they have been told to stay home because of the risk of spreading the virus while others have been told to stay out. The situation is made even more difficult by the very cold weather at this time. Croatian Interior Minister Davor Bozinovic told citizens that, regardless of the earthquake, they should not forget to keep a distance of at least 2 meters between each other because, as he put it, "the virus does not recognize earthquakes".

According to Croatian media, part of the top of Zagreb Cathedral has also collapsed.

Unbelievable! A 70-year-old woman becomes a mother for the first time

Wanting to surprise the groom, the bride loses her life while going by helicopter to her wedding (VIDEO)

One month after starting school, what is happening to Afghan girls

Squid Game "was realized for only 21 million dollars, today it is worth 900 MLN $

'Wealth held in tax havens is staggering' / New York Times analysis reveals behind the scenes: This is how London hides stolen money around the world

"Slaves women" / Holds the third place in the world for prostitution, the prime minister of this country makes a drastic decision

DW analysis published / The last visit of the German chancellor! Merkel to Erdogan - only a true friend is sincere