"You have always complained to me", Angela Merkel pays farewell visit to Turkey, Erdogan greets her with jokes: This is life, yet it is beautiful 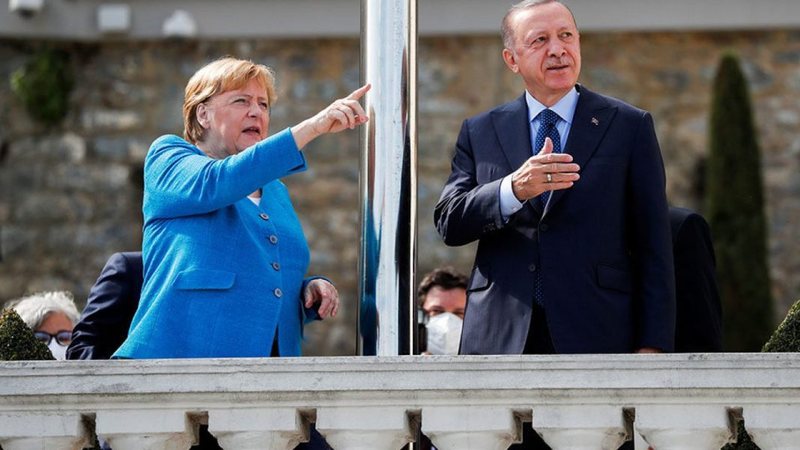 Outgoing German Chancellor Angela Merkel paid a farewell visit to Turkey, where she was received by President Erdogan.

The meeting between them did not lack jokes, where Erdogan told Merkel that he had complained to her several times that she was not very happy with the governing coalitions she had, while the German Chancellor told her that "this is life".

Erdogan's response was also immediate, saying that his nephew also said these words to him. As for their speech, Merkel urged Turkey to overcome its differences with Greece.

Erdogan: When you are in power with a coalition, it is difficult to govern and make decisions. This has somewhat hindered us in Turkey, we had this problem until the moment we moved to the presidential republic.

Erdogan: But you have complained to me several times.

Merkel: It is true, but this is life, which is nevertheless beautiful.

Erdogan: Even my nephew tells me so. You do not have what grandfather does, that is life.