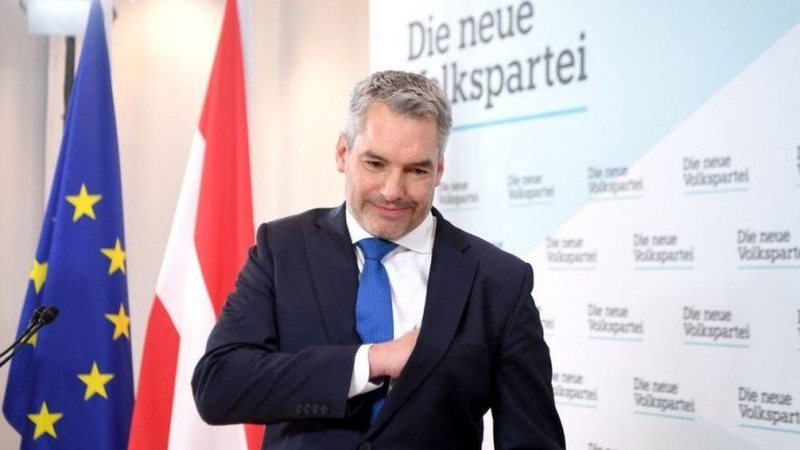 Former Austrian Interior Minister Karl Nehammer was sworn in on December 6 as the new chancellor. Nehammer is the third Austrian chancellor in three months after allegations of corruption rocked the People's Party, to which he belongs.

Former Austrian Chancellor Alexander Schallenberg resigned on December 2 after his predecessor and close ally, Sebastian Kurz, announced he was retiring from politics and the People's Party following corruption scandals.

On December 3, the party nominated Nehammer, 49, as chancellor and party chairman.

The first task of the new chancellor was to return Schallenberg to the post he held as foreign minister and to appoint the ministers of Finance, Interior and Education.

Splits due to pandemic
Speaking to reporters after the swearing-in ceremony at the chancellor post, Nehammer acknowledged that there is much work to be done to lift the country out of isolation that took effect in Austria on November 22 in response to its continued rise. infected with COVID-19.