There is no end to his blunders, what is happening with the American president? Joe Biden looks for the dead US lawmaker in the audience: Jackie, are you here? (VIDEO that is doing the rounds of the network) 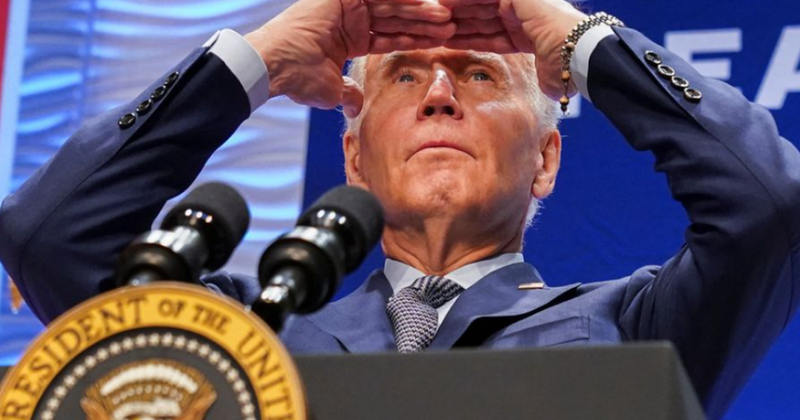 This is not the first time that US President Joe Biden has become part of the network for the mistakes he says, as in such a situation the question naturally arises as to whether his psychological state is stable.

It is reported by foreign media that during an event at the White House, he asked for former Republican congresswoman Jackie Walorski, who died in an accident at the beginning of August, among the attendees.

The news is confirmed by the prestigious Reuters media.

“Jackie, are you here? Where is Jackie? asked the 79-year-old president, in a speech about the fight against obesity and food insecurity.

Looking at the audience, he added "she would be here."

"Jackie, are you here? Where's Jackie?"

Biden called out a recently deceased congresswoman in remarks at a hunger conference she helped organize, addressing Indiana Republican Jackie Walorski as if she were still alive https://t.co/HRRpEeLIlE pic.twitter.com/dVsw1HjLb6

"I want to thank everyone who's here," Joe Biden said, naming two lawmakers who were particularly involved in these issues, before asking for the late woman in the audience.

US Congresswoman Jackie Walorski died at the age of 58 in a car accident in Indiana on August 3. At the time, the White House released a statement in which President Biden said he was "shocked and saddened" by the lawmaker's untimely death.

A Republican Party official and member of the House of Representatives since 2013, Jackie Walorski was particularly engaged in the fight against malnutrition.

In fact, she was among the lawmakers who had long prepared the event at which President Biden spoke on Wednesday.