The rebellion against Vladimir Putin begins, a large protest against military mobilization is announced in Russia, Russians "flood" the streets, alarm after the speech in Moscow, "The Tsar seriously ill" 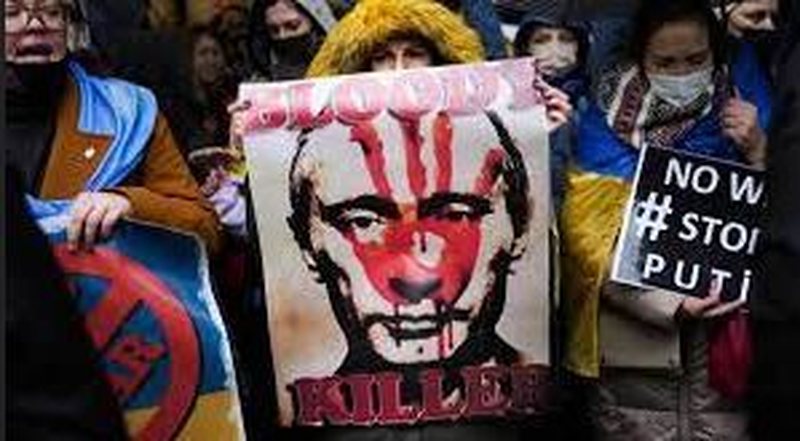 Apparently, Vladimir Putin has miscalculated and his end is very near. Violent protests have erupted in Moscow. All the Russians' revolt came after Putin ordered the mobilization of 300,000 reservists. President Putin on Wednesday ordered Russia's first mobilization since World War Two and backed a plan to annex parts of Ukraine, warning the West he was not "bluffing" when he said he would be ready to use nuclear weapons to protect Russia. The "Vesna" movement called for protests across Russia against the mobilization announced by Russian President Vladimir Putin, reports independent Russian media Meduza. According to the media, the activists invited citizens to gather at 19:00 in the center of their cities stressing that it is not fair that thousands of Russians die in the war. "Thousands of Russians, our fathers, brothers and husbands, will be thrown into the meat grinder of war. Why will they die? Why will mothers and children shed tears?", says the statement of the movement. The same movement, ahead of the expected adoption of amendments to the Russian law in the Duma, which introduced the terms "mobilization", "state of war" and "wartime", called on Russian soldiers to refuse to take part in the war and surrender how many are on time

The Guardian reports that at least 109 protesters have been arrested across Russia so far. In the Siberian city of Irkutsk, at least 10 of the 60 protesters who gathered in a central square were arrested, according to local activists, the Moscow Times reports. In Russia's third-largest city, Novosibirsk, social media showed a protester shouting "I don't want to die for Putin!"

Vladimir Putin coughed before the speech, doctors were urgently called to the Kremlin

Scenes of chaos and medical intervention before Vladimir Putin's speech on partial conscription in Russia were filmed seven months after the start of the war in Ukraine, according to a Telegram channel allegedly belonging to a former Kremlin employee. According to the General SVR Telegram channel, Vladimir Putin, before standing in front of the camera to record his speech, had a strong cough and chest pains, as a result of which doctors were called. "When President Putin prepared his speech and preparations for filming began, he began to cough. Several attempts to start filming were canceled due to coughing. After the fourth unsuccessful attempt to record the speech, doctors were called to whom Vladimir Putin complained of chest pain," the Telegram channel reports. According to the same source, doctors recommended postponing the registration and suggested that Putin undergo tests, which he did. The author of the Telegram post also claims that "according to a group of people in Putin's inner circle, the Russian president mentioned a health problem", while in recent months there have been several publications and public appearances by Vladimir Putin that have fueled rumors about the state of Putin's health. the president of Russia before and during the invasion of Ukraine.

All non-return tickets from Russia to Armenia are for sale

Also, non-return flight tickets from Russia sold out quickly yesterday after President Vladimir Putin ordered the immediate call-up of 300,000 reservists. Putin's announcement, made in an early morning televised address, raised fears that some men of fighting age would not be allowed to leave Russia. However, direct flights from Moscow to Istanbul and Armenia, both destinations that allow Russians to enter without a visa, sold out immediately. Putin's speech also had an impact on the price of oil, which increased rapidly by more than 2 percent. A barrel of oil in the Asian markets went to 92 US dollars yesterday morning.